The squad, which will compete next year in the European Championship in France, the Canada Cup, and the World Championship in Denmark, comprises a mix of highly experienced players and rookies, with ten of the named players having won gold in Tokyo this year.

All five new athletes have come through the GBWR Talent pathway, demonstrating GBWR’s focus on the importance of developing the next generation of GB wheelchair rugby players.

Commenting on the line up, GBWR Head of Performance Support & Science, Barry Mason, said: “This is an incredibly exciting time for the organisation off the back of the team’s historic gold medal in Tokyo. To sustain this level of success in the future we have recognised the importance of developing the next generation of GB wheelchair rugby players. As a result, it has been refreshing to see the level of some of our talented young athletes who have progressed through the Talent pathway and made the selection for our long squad in 2022. Adding these individuals to a strong core of experienced athletes from the Tokyo cycle ensures that the team is in safe hands for the immediate future, as we look forward to a busy, but exciting cycle.”

The long squad selection will meet at a training camp in January to prepare for the year ahead.

GBWR Head Coach Paul Shaw added: “I want to congratulate all athletes on their selection, particularly those selected for the first time. Having won gold in Tokyo we now refocus on next year’s competitions and want to continue to build on that successful foundation.

I’m really excited by this group of athletes; we have experience blended with new talent and believe this will maintain our success in the future.”

Wheelchair rugby became headline news this summer when the GB team won the Paralympic Games in Tokyo. A London 2012 legacy success story, the sport has grown dramatically since the home Games from a domestic league with a single division to one which now has three divisions. It is internationally recognised for its high level of competition with the result of the team’s hard work and commitment over the last few years resulting in Paralympic gold this summer. This unprecedented success marks a significant turning point for wheelchair rugby as it continues its long-term strategic development from its growth and investment at grassroots to elite-level nationwide. 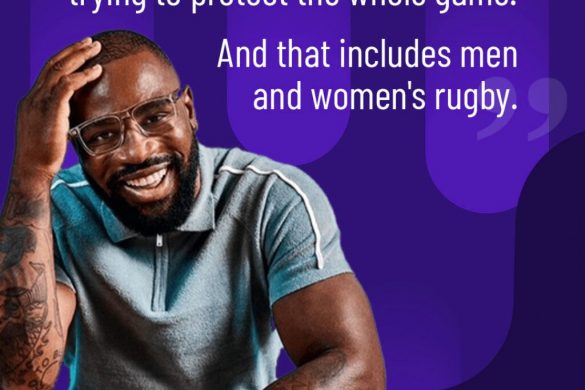 Ugo Monye: On being a strong male ally for women’s sport