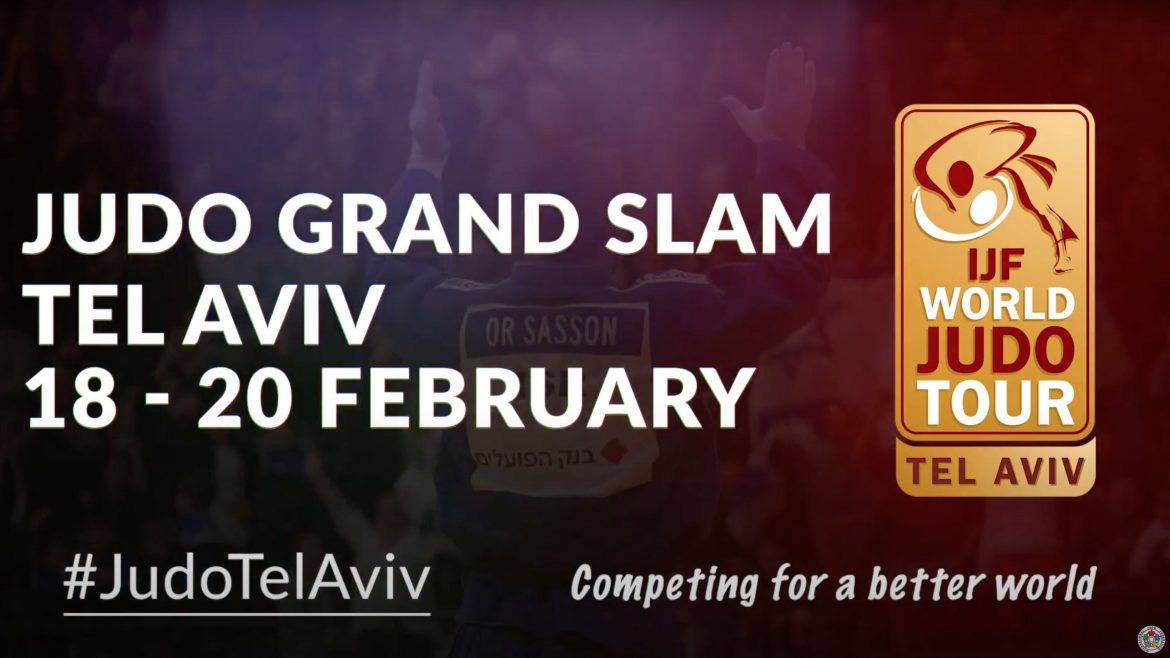 Chelsie Giles had one of the best performances of her career as she defeated the current Olympic Champion in the semi-final before claiming gold on the opening day of the Tel Aviv Grand Slam.

There may have only been two British Judo fighters in action on the opening day, with Ashley McKenzie joining Giles, but it was certainly a day that will live long in the memory of British Judo fans.

Competing in the -52kg category, 2019 European Games bronze medallist Giles’ best performance at a Grand Slam event came back in 2019 when she won bronze in Abu Dhabi.

Giles produced some excellent newaza to defeat Gefen Primo (ISR) in Golden Score of the opening round before going on to defeat Fabienne Kocher (SUI) by ippon score in round 2; a quick change of direction by the Brit enough to throw her opponent. In the quarter-final, Giles defeated Reka Pupp (HUN) in Golden Score to set up semi-final match against the current Olympic Champion Majlinda Kelmendi (KOS). Again, the contest entered Golden Score where Giles produced the throw of her career to defeat the Olympic Champion and book her place in the final.

Not content with defeating the Olympic Champion, Giles then caused another upset, defeating home favourite Gili Cohen (ISR) in the final to claim gold. Giles, who is so dominant in her ground work, held her opponent in sangaku gatame for the mandatory 20 seconds to win by ippon score and claim her first Grand Slam gold medal.

Speaking after the competition, Chelsie said: “Today was amazing. I knew training had gone well since the Masters, but it’s only when you step onto the mat and compete that you can really see how that training has gone.”

“I felt strong during warm up at the start of the day and went into each fight believing I could win.”

“I am so happy with my performance, to beat the Olympic Champion and win my first Grand Slam gold medal is fantastic.”

“Today has been the best day that I have ever felt fighting. I can take great confidence from today going into my upcoming competitions and I hope I can continue performing at this level consistently.”

Nigel Donohue, British Judo Performance Director said: “This was a complete performance. Chelsie looked very composed all day with a fantastic display of attacking judo winning every contest by ippon. The fight with Kelmendi (Olympic Champion) was world class. Chelsie was competitive in every gripping exchange, never panicked and matched the Olympic Champion every step of the way. The throw to win the match was both spectacular and outstanding given that Kelmendi is one of the best female fighters in world judo and rarely loses a contest and if she does, it’s only to the very best.”

“I thought in the final against the home favourite, Chelsie kept her nerve, weathered the early frantic pace by Cohen and gradually took control of the fight. The transition into the Newaza hold down was extremely fast and a great example of taking her training mat work hard work into a competition performance.”

Jamie Johnson, British Judo Performance Coach said: “This is the best I’ve seen Chelsie fight; we have been working hard since the Masters and it was great to see that pay off today.

“We know there is still room for improvement, but this performance can be a springboard to really kickstart the year as we head towards Tokyo.

“Chelsie can take great confident knowing that she beat some world class fighters today and of course beating the Olympic champion was a bonus.”

Ashley McKenzie (-60kg) equalled his best performance in Tel Aviv finishing 5th and narrowly missing out on a medal.

McKenzie defeated former European U23 bronze medallist Karamat Huseynov (AZE) in the opening round by two waza-ari scores before showing his experience in the second-round defeating Nicolae Foca (MDA) by forcing his opponent to concede three penalty shidos.

In the quarter-final McKenzie was defeated by Temur Nozadze (GEO), the Georgian registering two waza-ari scores, meaning McKenzie progressed to the Repechage.

The bronze medal match was closely contested between the two fighters, but it was the Russian who managed to score a waza-ari score and transitioned to juji gatame forcing McKenzie to tap out and concede the contest.

Tomorrow is the busiest day from a British Judo perspective with 6 fighters in action.

Eric Ham (-73kg), drawn in Pool A, will face former Pan American Champion Eduardo Barbosa (BRA) in the opening round.

Stuart McWatt (-81kg) has an opening round bye and will face Iura Sveinbjorg (ISL) in the second round.

Amy Livesey (-63kg) has an opening round bye and will await the victor of the opening round match between Stefania-Adelina Dobre (ROU) and Iolanta Berdybekova (KAZ).

Lucy Renshall (-63kg) will face Isabel Puche (ESP) in her opening round match.