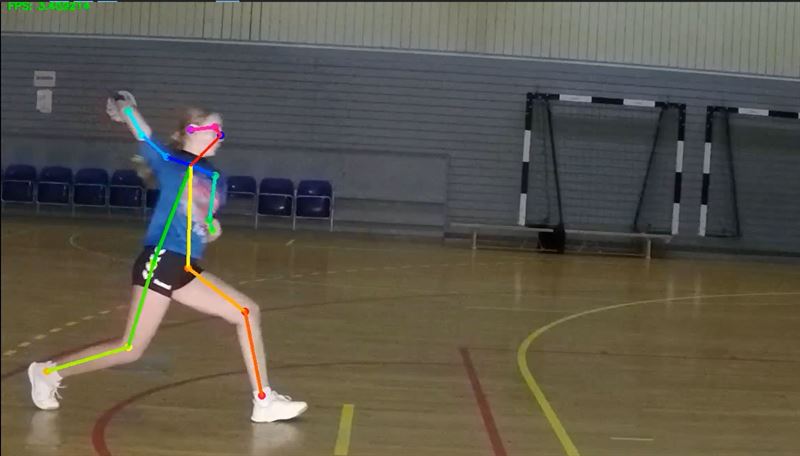 A new project by students from Chalmers University of Technology, Sweden, has offered young handball players the chance to improve their shooting technique, with the help of sophisticated video analysis tools. They studied the players’ power, speed, and accuracy, to see the interactions between different techniques, and develop an understanding of how bodily motions and interplay of muscle groups differs between players. The work helps lay a foundation for improved training methods.

The study examined successful shots in handball to see specifically which factors are most crucial for hard shots. A total of 90 players participated, from six youth teams within Redbergslids IK in Gothenburg, Sweden. The tests produced over 450 films of shooting sequences which were then further analysed. From these analyses, the essential elements of the most successful shooters were identified. Important aspects for a hard handball shot, especially for younger players, were determined to be a coordinated rotation of the hip, coupled with a high shoulder, a distinct flick of the hand, and following through the shooting motion.

The manner in which different body parts contribute to the speed of the shot was quantified to provide further understanding of how the body moves during a handball shot. An experimental electromyography study was also performed to study muscle activity for two different players.

“The results from the study present an interesting and complex picture of what characterises good shooters and also how shooting techniques develop with age. This is a valuable basis for improving the training of technique in young handball players,” says Tony Larsson, manager of Redbergslids IK.

Images and words courtesy of Chalmers University of Technology