The winners were announced today at the sixth IOC Sustainability Session, which took place virtually as part of the annual IF Forum.

“Climate change continues to be a global challenge of unprecedented proportions for all humankind, and it requires an unprecedented response from all of us,” said IOC President Thomas Bach addressing the participants of the Forum in a video message. “As an organisation dedicated to making the world a better place through sport, the IOC wants to ensure that the Olympic community contributes to the global efforts to address climate change. This commitment to climate action is a remarkable illustration of how everyone of us in sport, whether a National Olympic Committee or an International Sports Federation, can make a meaningful contribution to reduce our carbon footprint.”

The IOC and Dow collaborated on this joint initiative to reward carbon offsets to those IFs and NOCs that have demonstrably reduced their greenhouse gas (GHG) emissions within the scope of their organisations and respective events.

“Sport has huge power to incite action globally, and this initiative has created a successful platform to educate, inspire and boost efforts aimed at tackling climate change,” said Mike Reed, Vice-President of Olympic & Sports Solutions for Dow. “Teamwork is key in sport, and if we are to truly address climate change, reduce carbon emissions and go beyond offsetting, we need effective partnerships. We feel this award and our collaboration with the IOC is demonstration of applying the power of sport and teamwork with and across the Olympic Movement to make an impact and create a positive legacy.”

Launched in 2019, the Awards – which form part of the IOC-DOW Carbon Partnership – were created to inspire further climate action by recognising the sustainability efforts of key sports organisations within the Olympic Movement.

To be recognised, IFs and NOCs must be a part of the UN Sports for Climate Action Framework, which was launched by UN Climate Change and the IOC in 2018 with the aim of developing a climate agenda for sport. They are also expected to present detailed data on their carbon reduction plans, requiring them to better understand and measure their annual carbon footprint.

The rewarded organisations are:

They are implementing diverse actions to reduce their carbon emissions, from the use of renewable energy and sustainable construction to influencing their supply chains to be more sustainable.

As part of the recognition, the IFs and NOCs will receive carbon offsets to compensate their 2020 unavoidable residual emissions. These include a diverse set of climate solutions, from conserving ecosystems and avoiding deforestation to energy efficiency and renewable energy.

The projects delivering these offsets were implemented across multiple continents including the Americas, Africa and Asia, and comply with the standards approved by the International Carbon Reduction and Offset Alliance (ICROA).

The 2020 Awards are the second edition of the IOC-DOW initiative. The first edition was open to IFs only and saw 10 rewarded at the IF Forum in 2019. Dow has been the Official Carbon Partner of the IOC since 2017. 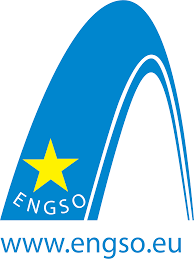