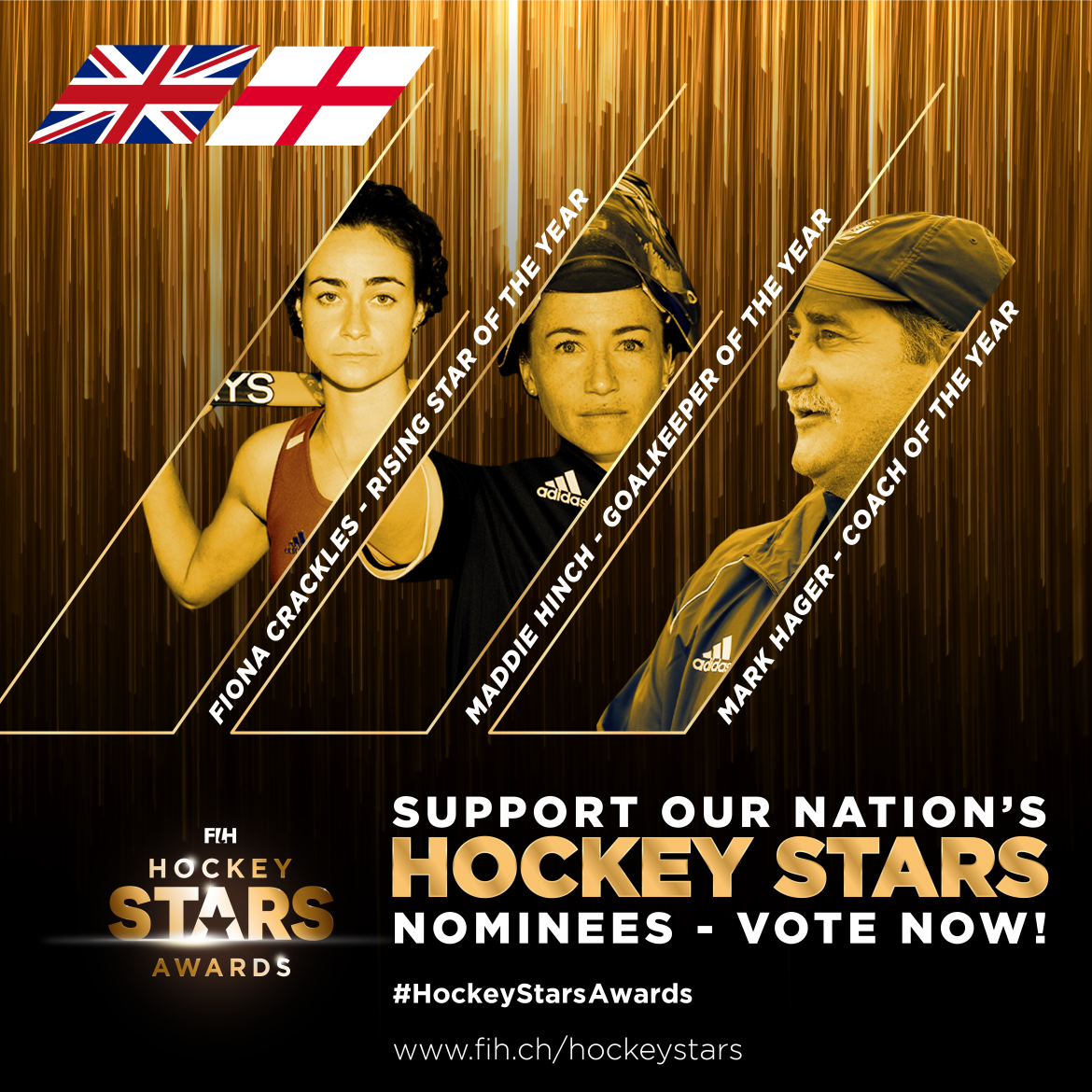 There are just a few days left to vote for Great Britain’s trio of nominees in their respective FIH Hockey Stars Awards categories.

Voting for the annual awards closes on Sunday 12 September, with votes from the media counting for 25% of the overall result. Votes from fans and players also make up 25% of the final total, with the remaining 50% coming from the National Associations.

Maddie Hinch is looking to win a fourth Best Goalkeeper award after another fine year for England and Great Britain, showing her class on the biggest stage once again with yet another stunning shootout performance in the Tokyo 2020 quarter-final against Spain.

This time last year, Fiona Crackles had yet to make her senior international debut; now she has been shortlisted in the Rising Star category after a sensational breakthrough year. She made her first appearance for Great Britain during the 2020/21 FIH Hockey Pro League against The Netherlands after being called up following a number of injuries. So impressive was Fiona that a few months later she earned her first full-time contract and went on to represent England at the 2021 EuroHockey Championships before winning an Olympic bronze medal with Great Britain.

An Olympic bronze medallist as a player, Mark Hager finally added a medal at the Games as a coach to his collection by leading Great Britain’s women to third place at Tokyo. It certainly wasn’t an easy ride for Hager during his two-and-a-half year tenure leading England and Great Britain, as he had to overcome a number of serious injuries to key players alongside a global pandemic, but an Olympic medal was certainly worth it. Having recently resigned from his position in order to spend more time with his family back in New Zealand, it would be fitting for him to sign off having been voted Best Coach.