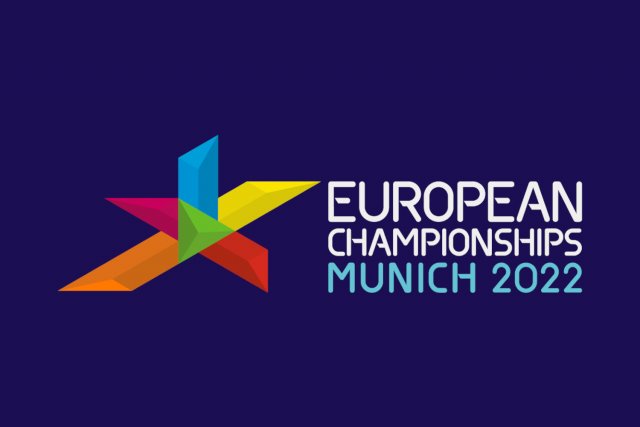 World bronze medallist and Commonwealth champion Muir sat at the back through the first 600m before moving to the head of the field, taking them through the bell in the lead.

The Scot kicked as the field entered the final lap, opening up a large lead on the rest and gritted her teeth down the home straight, pulling away from Ciara Mageean (IRE) to retain her title in 4:01.08.

Muir said: “It looked hard on paper but actually doing it in person, never again. It was an amazing opportunity and a very unique one that we’d ever get three Championships in a year, let alone in five weeks in the summer, it’s just insane.

“I thought ‘you know what, I’ll give it a go’ and my aim was to medal in all three which I’ve done and to win the Commonwealths and to win here I’m so happy. This was the hardest one.

“On paper it was the easiest, one event only two rounds, so physically it was the easiest but it was so tough mentally. It was the most difficult race I think I’ve ever run and credit to all the other athletes that have done the three because it’s so difficult.”

There was double delight in the men’s 200m as Hughes reclaimed the 200m title, leading home Nethaneel Mitchell-Blake in a British 1-2, with Charlie Dobson (Benke Blomkvist; Colchester) fourth.

Coming off the bend, the British trio were three abreast and it was anyone’s race for the taking. Hughes moved through the gears and opened up a slender advantage over his rivals, clocking a season’s best 20.07s (-0.3), with Mitchell-Blake clinging on for silver in 20.17s (-0.3) and Dobson fading to fourth in 20.34s (-0.3).

Hughes assessed: “Gold, wow, what a way to end the European Championships. It’s not over yet because the relay is to come but individually, I’m over. I’m grateful and so happy. Thanks to everyone for the messages, the coaching staff, every single person who has been involved.

“Mostly the European Championships was more of a mental game than physical because we knew we were fit so we made sure my mental strength was on par and I thought I did a great job.

“For me it was all strategy. Once I got lane three, I said to myself I’ve been behind here before so get out good enough and maintain. Once I got to 120m I made my move and held my composure and crossed the line with a gold medal.”

Mitchell-Blake added: “It’s been a long time since I’ve got an individual medal and at the end of the day that’s what we’re remembered for. It’s been a great year for me.

“I’ve moved back home and have a great coach in Ryan Freckleton, thanks to my sponsors for supporting me, British Athletics and the missus back home, the backbone. Without them I wouldn’t be here and it’s a great feeling to reward them all with a medal.

“It was really unfortunate to cramp at a home championships when I thought I had a medal but as soon as that passed, I got my mind on the relay and winning gold at the Europeans. If I’m going to lose to somebody, it’s this man here [Hughes]. He’s a great competitor and a great friend so testament to where British athletics is at right now.”

Asher-Smith got off to a blistering start and was neck and neck with Mujinga Kambundji (SUI) coming into the home straight, with Williams well in contention out in lane eight. With 80m to go, Kambundji moved away from the Briton and despite Asher-Smith’s best efforts to reel her in, she had to settle for silver, with Williams fourth, 0.13s outside the medal places.

After the race, Asher-Smith said: “I’m not super happy but Mujinga put together a better race. She’s been improving for ages and congratulations to her but I’m not super happy. I thought I was, and I know I am in better shape than that but at the same time I came second so it is what it is.

“It went pretty good. I was focused and I ran my race plan. I’m sure my coach will have some stuff to say but yeah, I came second. It’s been up and down but it’s been a good year for me. I’m still running and wanting to chase PBs.

“My next target is to run 10.7s so I look forward to chasing that into September, but it’s been up and down. I’m happy to be here but not so happy with a silver, but I have to take it.”

In the field, Lawrence Okoye, competing at his first European Championships in more than a decade, secured his second international medal of the summer by becoming the first British man to win a European medal in the discus, taking bronze with a season’s best 67.14m.

Okoye’s monster opening effort was a massive season’s best for the Croydon man and had him sat in third spot at the halfway point of the competition by just two centimetres. A foul and two more 60m-plus efforts followed and despite the best efforts of Sweden’s Simon Pettersson, Okoye hung on to claim a spot on the podium.

“It’s been a tough year for me in a lot of ways and to do what I did today just meant the world to me,” an emotional Okoye said. “It’s not something that I can describe. To medal in this field after some of the things I’ve been experiencing, I couldn’t really hold it back.

“To produce that first round in this standard of competition, I tried to replicate it and didn’t quite get back there again. Everybody that throws discus knows I’ve had a big throw in me for a long time and it felt great to get it out. Obviously, I wish I could have gone a bit further, but this is hopefully the start of big things for me.

“I think the Commonwealths showed me what’s possible and it opened my eyes to a whole new world. Being on that podium there’s no feeling like it and I just wanted to get back there again. I said back then that would be a breakthrough moment for me and it looks like it has been.”

Naomi Metzger (Aston Moore; Trafford) leaped out to an impressive 14.33m (1.0) in the women’s triple jump for sixth position in a hotly contested competition.

Metzger’s best effort came in round one and had her placed in sixth spot at the halfway point. Metzger backed up her effort with 14.22m and 14.25m attempts, but could not improve further, having to settle for a top six finish.

“I wasn’t that far off a medal which is good considering I came 12th last time,” Metzger said after her competition. “If I came 6th this time, hopefully I’ll win next time! Before the Commonwealth’s that would have been a 10cm PB so I really can’t complain with the distance. I’m still very proud of myself.

“The end of the season has been very pleasing. It was a bit rocky at the start of the season. I’ve got more confidence now. I need to keep that belief, keep training hard, and I’m sure I can jump even further next year.”

Norman was well placed early on, running a sensible first half of the race, keeping pace with the leaders, but the damage was done with just over two laps to go as Italy’s Osama Zoghlami quickened the tempo. Hitting the bell in 13th position, the Briton produced a strong last lap charge, picking off four athletes in the process to secure ninth place in 8:33.05.

The Woodford Green athlete assessed: “That was a bit of a mixed bag really, I was disappointed with the result. I think I needed to be a bit braver and get right up at the front. I was in the bunch and was stuttering quote a lot as a result and not hurdling efficiently.

“By the time I thought about getting out of there it was a bit too late and the pace had picked up already. I’d had to make a big effort to get up there. I was happy with how I ran there, but I was just expecting a bit more tonight.”

Pattison and Wightman kept themselves close to the leaders through the opening 400m, with the field reluctant to make a breakaway as the lap wore on. Coming off the final bend, Wightman powered into second position to ensure automatic qualification for the final in 1:46.61, with Pattison bagging a non-automatic qualifying spot, finishing fourth in 1:46.95.

Wightman reflected: “I didn’t run good there. I think the one thing I am taking from it is I must be pretty fit because tactically I was all over the place, but I was still able to get through. I hope I don’t get lane one in the final as I didn’t run too well from there!

“I wasn’t good. Tactically I wanted to run it as close to perfect as possible and I thought I would be alright but I was very, very far from perfect. I’ve made a lot of mistakes in competitions but the fact I still got through is quite a confidence boost for me.”

In the first semi-final, Rowden was forced to front run the race early on and was at the head of the pack through the first 400m. As the pace quickened in the final 150m, Rowden was run out of things, finishing fifth in 1:48.80.