The 22-year-old was leading the gold medal contest by three points with 10 seconds to go but ultimately lost 25-22 to Croatia’s Matea Jelic.

She follows in the footsteps of gold medallists Adam Peaty, Tom Pidcock and diving duo Tom Daley and Matty Lee, and triathlon silver medallist Alex Yee by finishing on the podium.

“It’s not enough. I know it’s not enough, I had her with ten seconds to go. I messed up, I made a mistake and it’s on me,” said Blackwood fighter Williams, 22.

“I didn’t go out there to lose, I went out there to win, I tried my best in that situation and it just didn’t happen on the day.

“I’m very happy with how I performed all day, it’s gutting in the last ten [seconds]. But an Olympic silver medal, it’s not bad is it?

“I’ve not had the best preparation at all. But that’s not an excuse, I felt good coming here today, I’ve had injuries, I came out to the Games late as well which damaged my prep.

“But as soon as I got here, I hit the ground running and I was pretty confident going into today, so I’m happy.

“It’s been absolutely crazy. For my first Olympic Games, it’s been insane. A very good experience, and thanks to The National Lottery for getting me out here, I wouldn’t be here without you.

“A big thank you to the people at home. It’s been a very good day.” 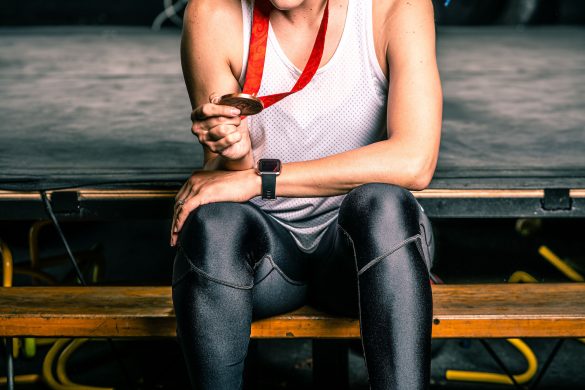