Just two months on from its inception, this is the story of the non-profit charity team using the power of the game’s good to earn money for a commendable cause.

Eight weeks ago, with the United Kingdom locked down amid the peak of the most severe global health crisis in 100 years, Perry Holloway had an idea. He wanted to do his bit in a period of national distress; to use the nation’s favourite game as a vehicle of gratitude to NHS workers on the frontline, even as the game itself was brought to a halt nationwide. And so, Nightingale FC was established.

“We are a non-profit charity team, meaning every penny raised goes to NHS Charities Together, who help workers, volunteers and patients nationwide”, says Nick Sanders, the team’s assistant manager and one of those who have helped bring the idea to life.

Nightingale FC is based in Redditch, approximately 15 miles south of Birmingham, where Sanders regularly cheers on his beloved Aston Villa in the Holte End of Villa Park. The motivation behind the movement is straightforward: to combine a collective love of the game with a shared desire to show appreciation for the remarkable efforts of key workers in hospitals and care homes up and down the country. The inspiration behind the team’s name is just as simplistic.

“It came from the Nightingale hospitals built in Birmingham and London, which were in place in case of a surge in patients.

“We also thought the name is pretty unique in that there is no other side we are aware of with Nightingale as the primary name.”

Holloway, along with Richard Waite, co-founded the team and immediately set about making headway, in terms of donations but also with a view towards a time when amateur clubs are given the green light to return to play.

“Both him (Holloway) and Richard wanted to grow the idea, which is primarily giving NHS workers the opportunity to play in football events. We want to celebrate them and what they do, and what better way than through wearing the Nightingale shirt, playing other charities and high-profile teams to raise awareness of everything that they do, not just during the COVID-19 pandemic but across all areas past, present and future.

“There is also Damien Perry — who is head coach — and his knowledge of events means his contacts and experience help the team. Both Damien and Rich previously raised around £4000 for Mind mental health charity last year in a single football event.”

Sanders’s desire to be involved comes from a deep personal admiration of the work done by NHS staff.

“I myself have a coaching and football background and work as a teacher of nine to 13-year-olds. Having had many dealings with the NHS in regard to family, I wanted to help give back and use my contacts in football and drive to help support the lads.”

On top of his coaching, Sanders has also been tasked with overseeing communications, from administrating the club’s Twitter page to constructing the new website in the coming weeks. In just two months, the club has gained over 1,000 followers on that particular platform alone and is continuing to grow on Facebook, Instagram and, most importantly, through monetary donations to its JustGiving page. All of the funds raised are to go to NHS charities across the UK.

Nightingale FC’s debut on the pitch is not only unlikely to occur in the foreseeable future, but also remains an afterthought given the current climate and core motivation behind the club’s formation.

“We are looking into the possibility of entering a league specifically for emergency service workers in time, but everything is building steadily. We have had a beautiful home kit provided by Matt Sports UK totally through the goodness of their hearts to support what we do and have similar support in regards to graphics from Matchday Marketing.

“Last week we won a nationwide vote to win a paid website domain which will help us to centralise all that we do. We also want to support local and nationwide businesses coming out of lockdown through partnerships, and we are looking for donations of prizes to auction or raffle off for our cause in other fundraising events.”

Having demonstrated their transparent desire to support others, the club are now hoping to gain more traction and support for their cause. Backing the club means backing the NHS – a worthy cause in such uncertain times — as the selfless actions of those putting their lives at risk to protect others has allowed society to begin to return to something resembling normality.

“Recently (on May 31) for our first fundraiser we walked 32 miles from Sporting Bromsgrove to Villa Park and back via key NHS hospitals and raised nearly £600 in what was a very last minute event! With future fundraisers before match events to come we are excited to see where we can take this idea and have grown a following quickly.”

In a recent update posted to the team’s Twitter account, a statement from those behind the Nightingale FC idea read: “We wanted to give back in a way that brought people together using football as the vehicle to drive forward a togetherness and a sense of gratitude.” With football, along with society, confronting its new normal, the club is optimistic about spreading the word and branching out further.

“Now the growth is huge, so we believe we can take the concept around the country; to build a portfolio of NHS workers around the country that may wish to play. They would form the base of the team should an event be in their area. We have also set up links with other established charities and charity teams who we want to work with from all corners of the UK.

“I spend an awful lot of time tweeting and messaging people and have helped secure interviews with BBC Radio and other stations around the country. In regard to numbers, we originally planned for a single event, which would be NHS workers vs key workers. That will still go ahead when government guidance allows it, along with crowds. “

There is a feel-good factor about the Nightingale FC story. It is one of finding a positive way to give back, a thank you from a handful of devoted football fans to the extraordinary service provided by health and key workers in the face of adversity. It is one that is sure to resonate in all corners of the United Kingdom, but as those heroes edge the nation towards a conclusion of the crisis, this is just the start of the tale of Nightingale FC attempting to repay that debt.

Alzheimer’s Society responds to the news that Denis Law has been diagnosed with dementia. 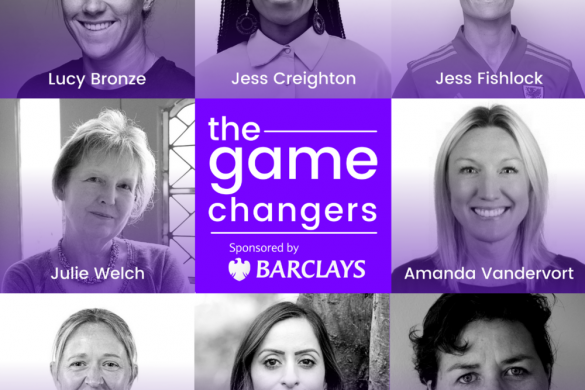