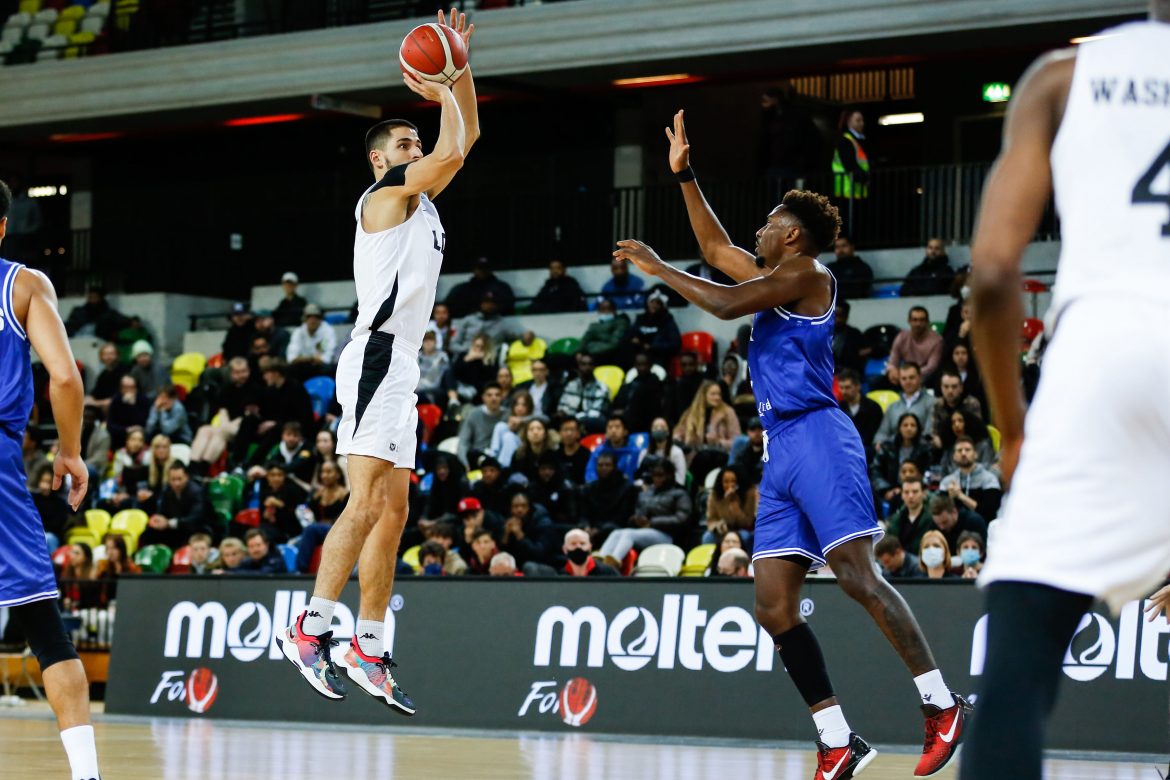 The 24-man squad for Great Britain’s FIBA EuroBasket 2022 Qualifiers against France and Montenegro this month has been named.

GB go into the games in top form having won eight of their last ten games including a convincing 81-73 victory over Germany last time out.

Eleven of the 12 players who featured in that important win in Newcastle are recalled, while the coaching staff remains unchanged with Marc Steutel again stepping in as acting head coach, assisted by Jamie Smith and Andreas Kapoulas.

Kavell Bigby-Williams and Akwasi Yeboah return to the squad following a period of unavailability while playing in the USA. Bigby-Williams last suited up for GB in the lead-up to FIBA EuroBasket 2017 and Yeboah in summer 2018 for FIBA World Cup Qualifying.

The four Group G games in November will take place in a central Covid-19-secure ‘bubble’ in Pau, France. Group G is evenly poised as all four teams – France, Germany, Great Britain, and Montenegro – have a 1-1 record.

With Germany receiving automatic qualification as a EuroBasket 2022 host, the outcome of GB’s games against France and Montenegro will be crucial in determining whether they advance to the tournament proper.

Ranked sixth in the world, France are favourites to win the group and it will be a challenge for anyone to beat them on their home court. GB are the underdogs, currently sitting in 42nd place in the FIBA world rankings. Germany are ranked 18th and Montenegro, 26th.

This will be the first time GB have played France since FIBA EuroBasket 2013 in Slovenia. That GB team, led in scoring by Dan Clark with 16 points, lost 88-65 to a French side which included Portland Trailblazers’ Nicolas Batum (17 points) and San Antonio Spurs’ Tony Parker (16 points).

The last time Great Britain beat France was 32 years ago during the 1988 European Olympic Qualifying Tournament. Steve Bucknall was top scorer for GB with 19 points as they cruised to a 91-76 victory. France lead the all-time head-to-head series 7-4.

Great Britain have only played Montenegro once and that was in February when they lost their qualifying opener 81-74. GB will not only be looking to even the series, but will want to beat them by more than seven points in case qualification comes down to a tie-breaker.

GB play France on 27 November and Montenegro on 29 November. Both games tip off at 17:00 GMT. The final 12-man rosters will be confirmed ahead of each game.

The British Basketball League (BBL) announced today that the remainder of the current 2019/20 season will be cancelled following the continued impact of coronavirus.

The move came after the member clubs unanimously agreed that there was no viable option to allow for the season to be completed in a safe and meaningful manner after the season was originally postponed on 17 March.
The League had been working alongside the basketball national governing bodies (NGBs) of Basketball England and Basketball Scotland and the British Basketball Federation, as well as following advice from FIBA (International Basketball Federation) and the UK Government to explore all the available options to resume play.

Following the cancellation of the season, and based on multiple teams mathematically capable of winning, the independent directors of the BBL Management Board agreed that there would be no winner of the championship title.

BBL Chairman Sir Rodney Walker said, “Obviously this is not the way anyone wanted to see the season end and we worked hard to try to find an alternative solution. The 2019/20 season was one of the most exciting and competitive we’ve seen and shaping up to a very exciting finish, and we look forward to building on that as we move into the new 2020/21 season.”

“Looking back, we had the biggest crowd ever at the BBL Cup Final at The Arena, Birmingham in January, when over 9,000 fans enjoyed a resurgent Worcester Wolves beating a Bristol Flyers team in their first final, and we were on track for our highest ever revenues for the BBL Playoff Final at The O2, which was due to take place two weeks ago. In addition, the race for the BBL Championship title was the most open for many years, so clearly we will have a lot of disappointed fans.”

“But we looked at every option, including playing behind closed doors or restarting the season in the summer, in order that we could get to a League and Playoff winners, but with the continued uncertainty, we just ran out of time and options. The clubs were united that now was the right time to bring the current season to a close.”

“We want to thank all our sponsors, partners and fans, and look forward to bringing them the best of British basketball, and the sport’s biggest events, as soon as we are able.”

Looking ahead, the British Basketball League has also announced plans for the 2020/21 season, as the lockdowns start to slowly ease, and sports start to resume across the UK and the world. Announcing plans for the BBL Trophy, BBL Cup and Championship competitions, British basketball fans will see even more games being played over the season as a change to the Championship competition sees teams face each other three times over the course of the season.

For the time being, the BBL are keeping open the exact starting date for the new season, pending further Government advice of what will be allowable for indoor areas but are aiming for the season to start in the autumn.
Speaking about the uncertainty, BBL Chief Operating Officer, Andy Webb said, “We’re working towards starting in the autumn as we would be normally. But we will only set our launch date when we have information from the Government that it is safe to do so.”

“Clearly playing to full arenas would be ideal but there is currently no certainty on when that will be, and we are exploring all options in close consultation with our Clubs. The atmosphere at our games across the League is always electric and we look forward to welcoming British basketball fans back as soon as possible. The safety of players, coaches, club staff and fans is paramount and we will be adhering to all guidelines to allow them to return safely. We do understand that these plans can change and so we’re doing appropriate contingency planning while retaining flexibility, so that we can act quickly and safely when we need to.”