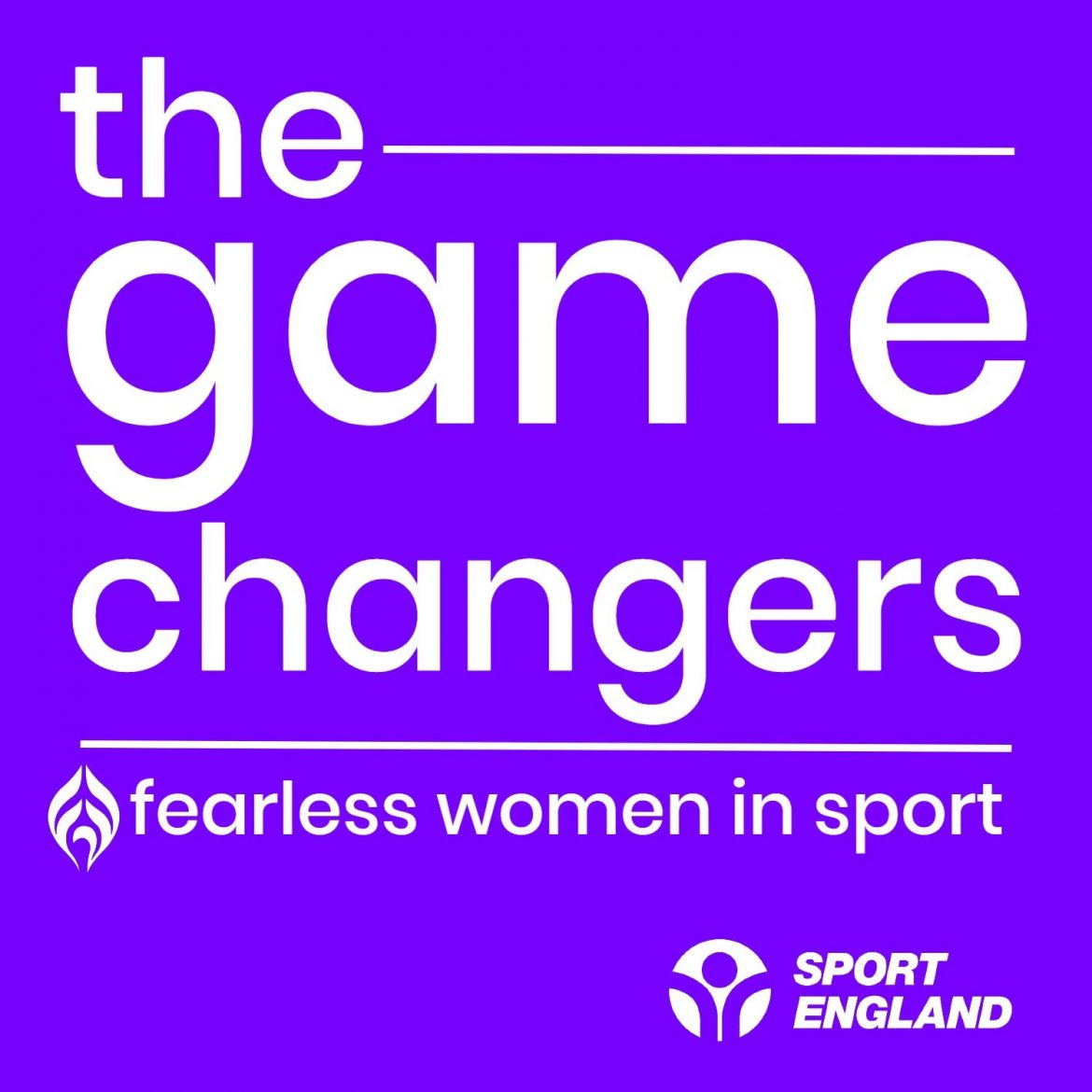 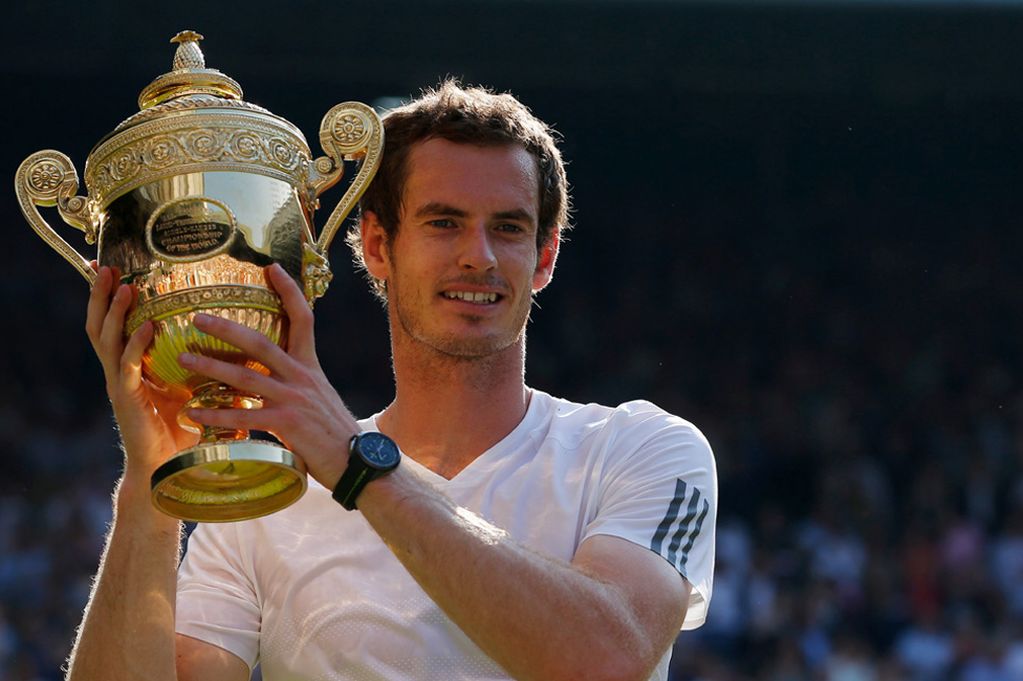 Andy Murray has been named the UK’s greatest ever sportsperson in a comprehensive poll carried out by Telegraph Sport.

Murray – who reached the top of the world rankings and won his second Wimbledon and Olympic titles in 2016 – said he was “honoured” after finishing ahead of Sir Bobby Charlton and Daley Thompson following a vote of almost 7,000 Telegraph subscribers.

These were combined with the contributions of a 13-strong panel of sporting experts – which included Sir Ian McGeechan, Denise Lewis and Ryan Giggs – and some of The Telegraph’s leading writers to form the final top 100 list.

Murray said: “I am honoured to receive this award. It means a great deal, particularly when it has been voted on by the public and a panel of sportspeople – and journalists – I admire and respect. When I look at what the other people on the list have achieved, it makes me feel very humble to come out on top – it must have been a very close vote.

“It’s amazing to look at the names and see just how successful UK sport has been, not just now but going back over the past century and more. It makes you proud to represent the nation. There are some incredible people on the list.”

Adam Sills, Head of Sport at Telegraph Media Group, added: “Andy Murray has had an incredible year and was a clear winner when the votes were counted. The Top 100 is an amazing list of UK sporting talent but for Murray to reach world No1 and win Wimbledon and the Olympics twice in arguably the greatest generation in tennis history is a truly remarkable achievement. He fully deserves this award.”

The UK’s Greatest Ever Sportsperson – Top 20 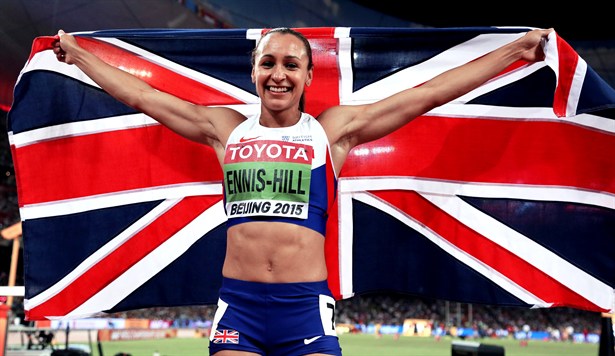 Jessica Ennis-Hill (coach: Toni Minichiello) today announced her retirement from athletics following an inspirational career which spanned more than 15 years and saw her top podiums on the Olympic, World and European stage in the heptathlon.

Having won gold at the European junior championships in 2005, Ennis-Hill went on to represent England at the 2006 Commonwealth Games – a competition in which she won bronze, an indication of the success that was to follow in the years to come.

Her finest hour came at the London 2012 Olympic Games, when she claimed Olympic gold in front of a home crowd on an unforgettable ‘Super Saturday’ in the stadium.  In becoming Olympic champion, Ennis-Hill became the first British woman to ever win Olympic and World gold in the discipline.

Last year Jess returned triumphantly to the sport following the birth of her son Reggie, winning a second World title in Beijing to confirm her status as the most decorated British heptathlete of all time.

This summer’s Olympic Games saw Ennis-Hill compete at her second Games where she claimed silver for Great Britain, with another stirring performance in what was to be her final ever competition.

Speaking on the decision, Ennis-Hill said: “From my first world title in Berlin 2009 to Rio 2016 I’m so fortunate to have had such an amazing career within the sport I love, and this has been one of the toughest decisions I’ve had to make, but I know that retiring now is right.

“I’ve always said I want to leave my sport on a high and have no regrets and I can truly say that, but I know that retiring now is right.

“I want to thank my family and incredible team who have spent so much of their time supporting me and enabling me to achieve my dreams. Also a huge thank you to all those people who have supported and followed my career over the years.”

Neil Black, Performance Director for British Athletics, spoke on the decision, saying: “I know it will have been incredibly difficult for Jess, but I am pleased for her that she has been able to make the decision and can now look forward to a much deserved retirement.

“The entire performance team of coaches, athletes and support staff will miss her at events. Not only has she competed at the highest level, but she has been a warm and positive presence within the British Athletics team and a great example to the younger team members.

“Her record as an athlete is phenomenal and that’s without considering the challenges of returning from pregnancy to win World gold and Olympic silver.

I’d like to thank her not only for her contribution to the GB team over the years, but additionally for being a great person to work with, know and support.”

Jessica Ennis-Hill (coach: Toni Minichiello) has confirmed that she will compete at the sold out Glasgow Indoor Grand Prix at the 5,000 seat Emirates Arena on Saturday 20 February.

The Glasgow Indoor Grand Prix is the world’s number one ranked indoor athletics meeting and will be the best one-day athletics meeting to ever be held in Scotland. It will feature many of the world’s best athletes, including Britain’s other gold medal winners from ‘Super Saturday’ at the London 2012 Olympics, Mo Farah (Alberto Salazar) and Greg Rutherford (Dan Pfaff).

She said: “I am really looking forward to competing in the Glasgow Indoor Grand Prix – this fixture always kick-starts my year.  Training is going well and it will be good to get out there and compete with some great athletes and really test myself.  Olympic year is a big year for all of us and the first competition brings with it trepidation and excitement.”

The Indoor Grand Prix, ranked as the world’s best indoor event in the world for the past ten years, will be held in Glasgow for the first time in 2016 as the city alternates hosting the event with Birmingham up to 2020.

Niels de Vos, Chief Executive of British Athletics, said: “Jessica Ennis-Hill is one of the biggest stars in British sport. The Glasgow Indoor Grand Prix will provide her with an opportunity to test herself and we wish her every success in Olympic year. She is a winner and a tremendous role-model for athletics and for Britain. The Glasgow Indoor Grand Prix will again showcase the city’s passion for major athletics events and is a sold-out success.”

Paul Bush OBE, VisitScotland’s Director of Events, said: “We are delighted that Jessica Ennis-Hill will continue her preparations for this year’s Olympic Games at the Glasgow Indoor Grand Prix, reaffirming Scotland’s reputation as the perfect stage for events among the world’s most decorated athletes. As well as providing the opportunity to witness Jessica in action, the event will see her fellow Olympic gold medallists, Mo Farah and Greg Rutherford, compete alongside a host of world-class athletes, creating an occasion not to be missed.” 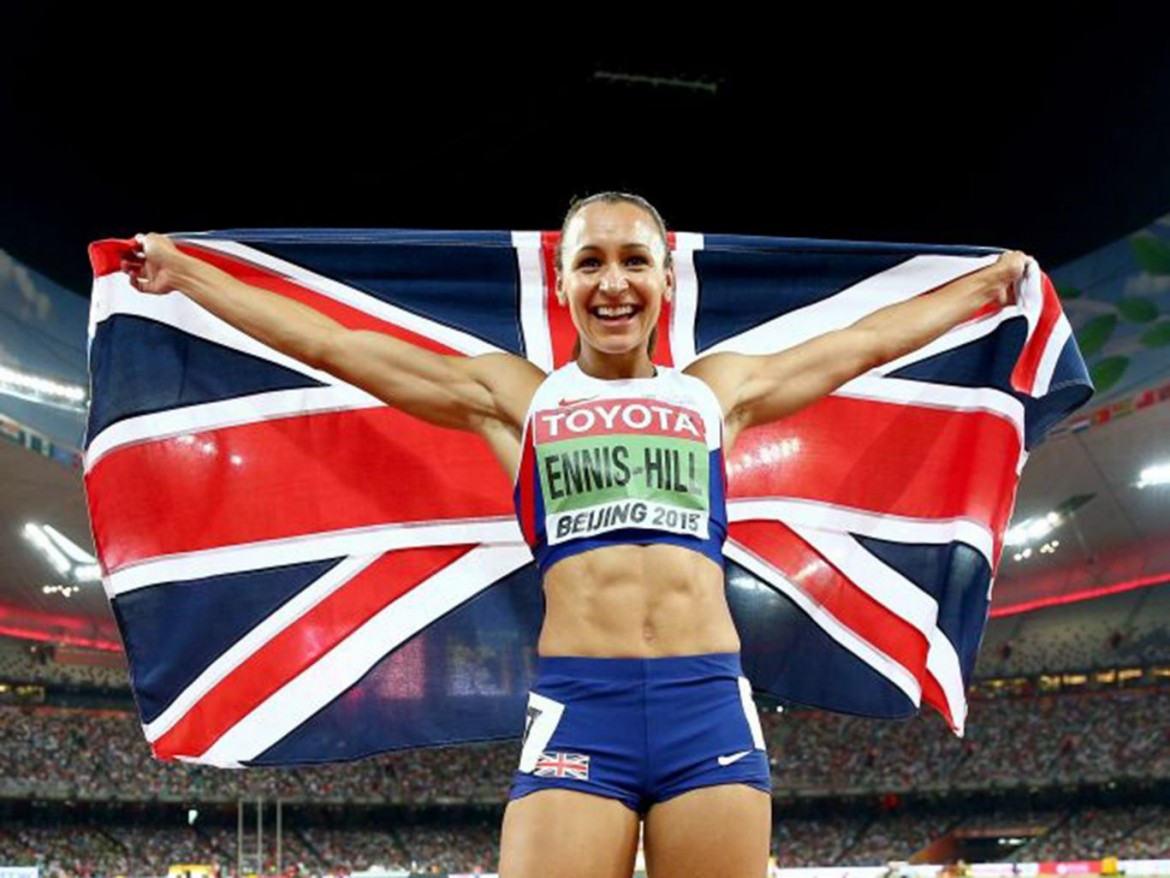 Jessica Ennis-Hill was third following a memorable night for athletics at the BBC Sports Personality of the Year Awards.

Ennis Hill was one of three athletics nominees making the final event, as well as there being a nod for Toni Minichiello with a nomination for Coach of the Year. She sealed her third with a superb performance to win world gold in 2015, after a pregnancy break.

Andy Murray won the award for a second time having led the Great Britain Davis Cup team to victory in 2015, whilst Rugby League’s Leeds Rhino’s captain Kevin Sinfield was second, his team having achieved a domestic treble of trophies this year.