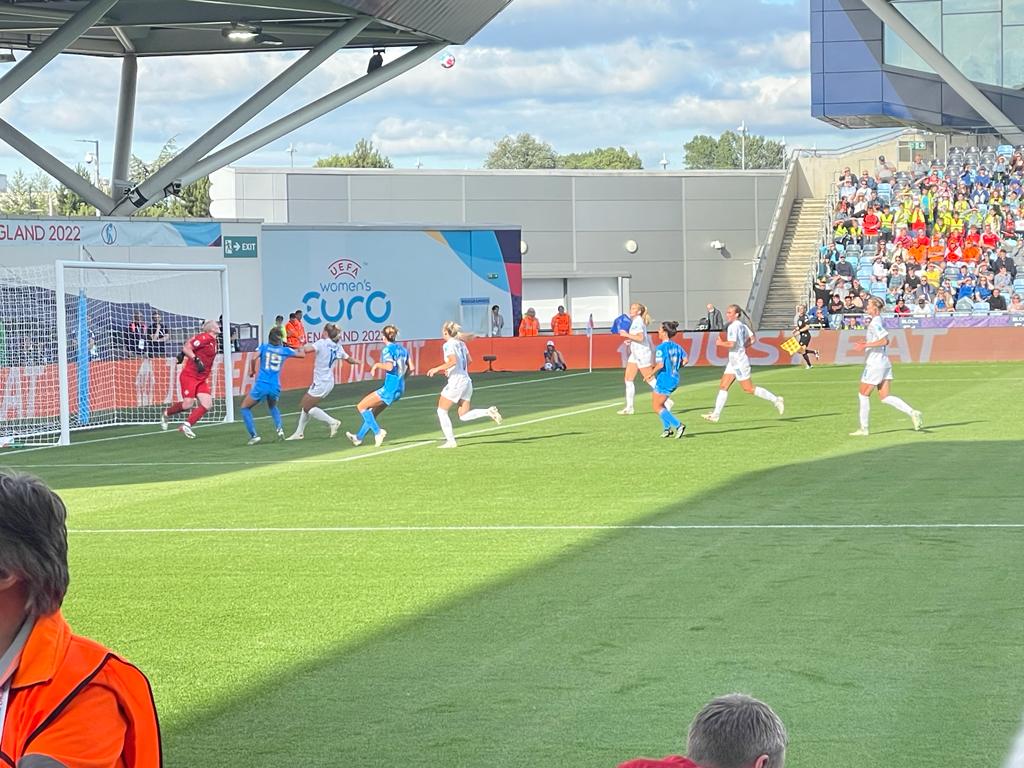 If you hold fast to the belief that it is better to take part than to win, and you only intended taking in one game of this tournament, then this was the game for you. A lot of earnest endeavour and application but the game cried out for a player from either team with the guile necessary to open up the opposing defence. Bar the final 15 minutes when it looked as if the game was Italy’s for the taking, it was slim pickings in terms of skills and thrills. In hindsight, Iceland’s early goal – slotted home adroitly by Vihjálmsdóttir – was probably not what the neutral would have wished for. Until Italy equalised an hour later, Iceland drew their horns in and defended their lead, confident no doubt that Italy were not up to the task.

For the best part of the following hour, they were justified in that belief. But then the complexion of the game changed entirely. Italy broke down Iceland’s left, Bonansea cut back from the by-line and Bergamaschi – for me Italy’s best player – rifled home. Both teams had golden chances in the final quarter to win the match, Simonetti coming close when she should have scored and Vihjálmsdóttir scuffing an easy chance wide of the post. The latter was withdrawn shortly afterwards and was to be seen on the stadium screen being consoled by her team mates. So it goes.

Not the best of games then and it’s unlikely that any of the favourites will be quivering in their beds at the prospect of meeting either of these teams in the knockout stages, should either of them make it. But the pre-match steak pie was wonderful.