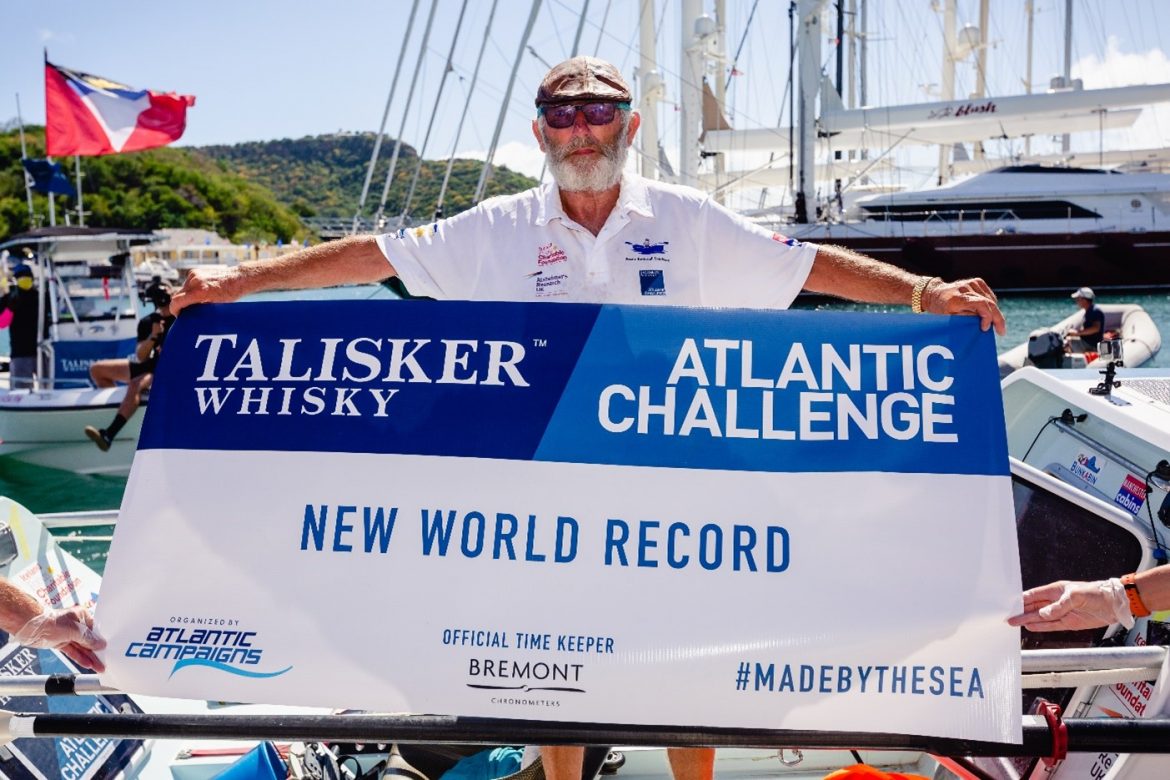 The grandfather from Oldham started his epic journey from La Gomera on 12 December and crossed the finish line in Antigua on 6 February, taking him just 56 days to complete. Frank is now the oldest person to conquer the Talisker Whisky Atlantic Challenge solo and has raised more funds for a charity than any other contestant.

The challenge is a race with purpose – an inspirational event, which draws out the wild spirit in everyday people to achieve extraordinary things. This year’s challenge, which is taking place under strict COVID-19 protocols, saw rowers spend at least 30 days at sea and rowing relentlessly in two-hour shift patterns.

Frank decided to take on the challenge to raise much-needed funds for Alzheimer’s Research UK, having witnessed the devastating impact of dementia with his brother-in-law, Roger, who sadly passed away with Alzheimer’s at the age of 62 during Frank’s challenge. The funeral is on hold for Frank’s return home and the family is accepting donations in lieu of flowers. He set out to raise £1 million for the charity, with the support of Iceland Foods Charitable Foundation, which pledged to double the first £500,000 worth of donations. So far, Frank has raised over £646,000 and counting.

Frank’s goal was to be reunited with his wife of 50 years, Judith, in time for Valentine’s Day. After missing out on quality time with the family, including Christmas, Frank is looking forward to being reunited with his loved ones and tucking into his favourite steak dinner. Although he’s missed his home comforts, Frank has enjoyed the unforgettable journey and is proud of his record-breaking achievement.

Speaking about his experience, Frank said:

“Crossing the finish line was a completely euphoric moment, I’m still feeling elated about it now! And to be honest, I felt quite emotional approaching the finish. It took six long weeks to row the Atlantic, but the challenge itself has taken over 18 months of training and preparation, so I’m very proud of what I’ve achieved and the unbelievable journey I’ve been on.

“Rowing for the charity was my main motivation for crossing the finish line. While rowing, I received heartbreaking messages from people who have had similar experiences to my own, with my brother-in-law, Roger, so I hope I’ve helped other families in some way too. I’d like to thank everyone who has reached into their pockets and donated, having the support from so many means the world to me. Thank you.”

Hilary Evans, Chief Executive of Alzheimer’s Research UK, said:
“We’re incredibly moved by Frank’s determination to raise £1 million for dementia research. By taking on such a monumental challenge at 70 years old, he has helped to spread awareness and inspired people of all ages to take on their own challenges. To bring about life-changing treatments for dementia, fundraising efforts from ordinary people like Frank and his supporters provides a crucial lifeline to the progression of our research. We will always be thankful to Frank for doing so much to support Alzheimer’s Research UK during this time and we hope he enjoys a well-earned rest!”

Sir Malcolm Walker, Founder and Executive Chairman of Iceland Foods said:
“I’ve known Frank for many years, so I knew his determination to complete a challenge would get him this far. But seeing the heartwarming and generous support he’s receiving from the public is astounding. It’s been a tough twelve months, to say the least, but it’s people like Frank who restore our faith in community spirit and bring some joy into our newsfeed. Iceland Foods Charitable Foundation is very proud of what Frank has achieved so far and honoured to double every donation of up to £500,000 to dementia research. We look forward to seeing Frank reach his £1million target!”

“Every year we are amazed by the grit and determination shown by teams that take on the Talisker Whisky Atlantic Challenge and this year is no different. Frank Rothwell from Alzheimer’s Research UK has shown incredible strength and endurance. On behalf of Atlantic Campaigns and Talisker we toast your outstanding achievement!”

Donations can be made to Frank’s fundraising challenge, here: www.justgiving.com/frankrothwell 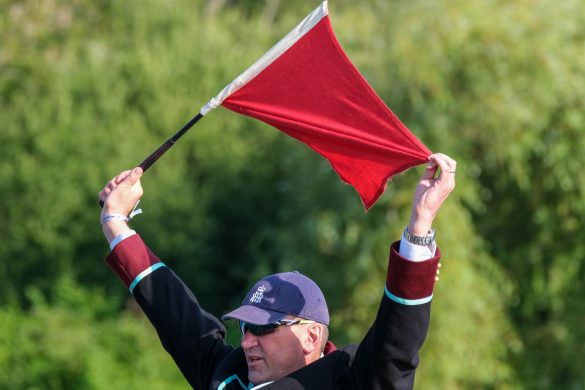