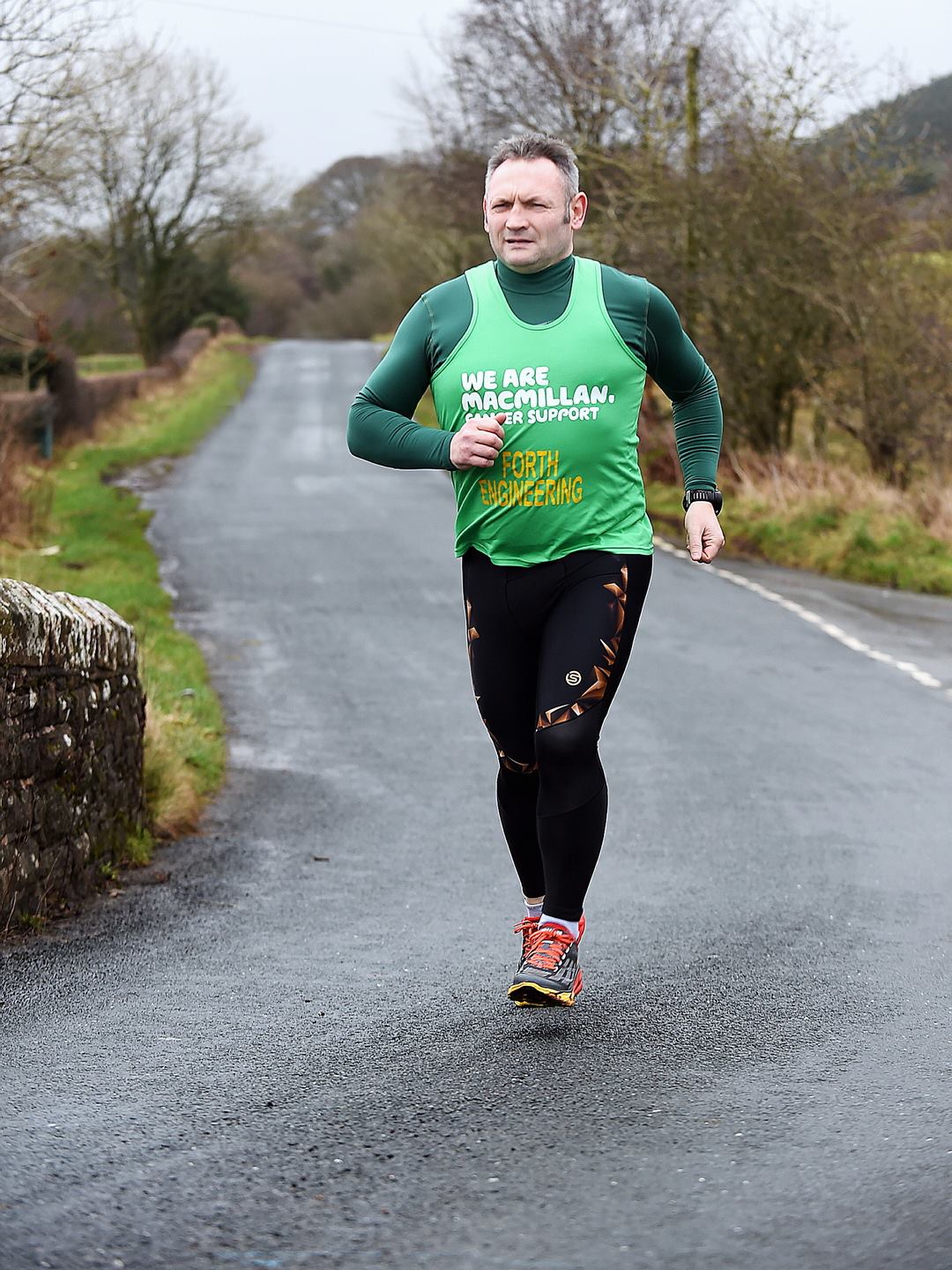 Gary will run a marathon every day for 110 days from February 1 until May 21 to raise money for Macmillan Cancer Support and Hospice at Home West Cumbria.

Gary, from Cleator Moor, Cumbria, UK, has completed several fundraising challenges for Macmillan over the past 18 years, raising more than £400,000 for the charity.

He started fundraising in memory of his late father Victor, who was diagnosed with lung cancer in 1997 and passed away in 2003 from an unrelated illness.

Gary, 51, said: “People have said I’m mad to do it again but it wouldn’t be called a challenge if it was easy. I’ve done it once before so I know what to expect. There will be tough times and injury niggles but if you believe in yourself, you can achieve anything.

“The challenges aren’t about me, they are about raising money which will make a difference to people’s lives. The more money raised, the more people we can help. I’m not a runner, I’m a fundraiser.”

Gary, who is the only person to have been named Macmillan’s Fundraiser of the Year twice, will share the money raised from the challenge between Macmillan and local charity, Hospice at Home West Cumbria.

He said: “Covid-19 has had a huge impact on charities due to fundraising events and activities being cancelled, and I wanted to support Hospice at Home West Cumbria because of the fantastic work it does providing palliative and end of life care throughout the area.”

People can show their support for the 110 marathons in 110 days challenge by sponsoring one of Gary’s running vests, or donating money via his fundraising page at www.virginmoneygiving.com/GaryMcKee1

Among the local businesses supporting Gary is Forth, with bases at Flimby, Cleator Moor and Barrow, which has pledged £1,000.

Forth’s managing director Mark Telford said: “Gary’s impact on the local community over the years has been immense through raising awareness of the work of Macmillan Cancer Support and encouraging people to show their support.

“We supported Gary during his 2017 challenge and are delighted to do the same again.”

Gary, who works at Sellafield, is looking forward to the challenge.

He said: “I’m excited to be doing it again. My training is going well. I’ve been doing a lot of fell running which is excellent for getting into condition. Once you start running, your endurance builds up which means you can run for longer and longer.

“I learnt from the last marathon challenge that I need to really look after myself so I’ll be having regular massages and making sure I’m well recuperated after every run.”

Gary will follow his regular training routes around his home in West Cumbria during the 110-day challenge, with regular updates and photographs posted on Facebook and Strava.

Gary’s charity challenges over the years include a cycle ride through Brazil, a climb up Kilimanjaro, a trek in New Zealand and a run from Land’s End to John O’Groats. He has also run the Coast-to-Coast cross-country path and the 113-mile Fred Whitton route through the Lake District in less than 24 hours.

After completing 100 marathons in 100 days in 2017, Gary was awarded the Freedom of the Borough of Copeland and even had a beer created in his honour by Ennerdale Brewery, called Marathon Man.

Gary McKee, from Cleator Moor, Cumbria, UK, who is running a marathon every day for 110 days for charity. Credit: Mike McKenzie.

Mark Telford, managing director of Forth, based in Flimby, Cleator Moor and Barrow, in Cumbria, UK, which has donated £1,000 to Gary McKee’s 110 marathons in 110 days challenge. To find out more about Forth visit www.forth.uk.com

Does the Pandemic mean the writing is on the wall for grassroots sport? Lords Committee to ask leading sports journalists