Former England cricket captain, Michael Vaughan, will host a free virtual Q&A with 70-year-old, Frank Rothwell, before he sets off on an epic 3,000-mile row across the Atlantic.

Adventurer Frank, from Oldham, is hoping to be crowned the oldest person to complete the Talisker Whisky Atlantic Challenge, when he casts off from La Gomera on 12 December. He hopes to reach the finish line in Antigua two months later, reuniting with his wife of 50 years, Judith.

Ahead of the race, Frank is inviting the public to join him in conversation as part of a virtual event on Tuesday 8 December, at 7pm. The 70-year-old will hold a live Q&A, hosted by one of the most successful England cricket captains of this generation, Michael Vaughan. Frank will tune in from the start line in La Gomera, answering questions from the public about his adventure.

Frank is taking on the challenge with the hope of raising £1 million for Alzheimer’s Research UK, after witnessing the devastating impact of dementia. To help him get there, Iceland Foods Charitable Foundation has agreed to generously double the first £500,000 worth of donations.

Keen to answer questions, Frank is encouraging people to register their interest and submit anything they’d like to ask about the challenge or his chosen charity, Alzheimer’s Research UK.

As well as giving him some extra encouragement before he starts his row, Frank hopes the virtual Q&A will encourage people to donate through his JustGiving page by discussing the urgent need for more investment in dementia research with the audience.

There are almost one million people in the UK living with dementia, yet no treatments to slow, stop or prevent the diseases, like Alzheimer’s, that cause it. The charity’s mission is to bring about the first life-changing treatment for dementia by 2025. But in the wake of the coronavirus pandemic, the charity had predicted a loss of income, meaning Frank’s fundraising will offer a vital lifeline to dementia research.

Former England cricket captain, Michael Vaughan, who will join the virtual event from the UK, said:

“Like so many others, I was inspired by Frank’s story and wanted to do what I could to support him on his quest. He’s chosen to take on a challenge most people wouldn’t even dream of, and he’s giving every penny to a cause close to many people’s hearts. By supporting heroes like Frank, and coming together to help charities like Alzheimer’s Research UK, we really can make a difference to people’s lives. I’d like to thank Frank for letting me join his Q&A event, and I can’t wait to find out more about him and see more of his personality. Let’s give Frank the send-off he deserves!”

“When I first heard about the challenge, I was far too excited about the idea and I couldn’t sleep! That was 18 months ago now, and I can’t believe it’s almost time for me to say my last goodbyes and set off from the start line. I have enjoyed preparing for the race so far, but I’d be lying if I said I wasn’t nervous. When people ask me about it, they can’t believe what I’m about to do, and neither can I!

“I’m so glad to be able to host this virtual event. Seeing lots of people at the virtual event will give me a much-needed boost, something that hasn’t been easy to find this year. And it will be a great opportunity to raise awareness of the vital work of Alzheimer’s Research UK, which is why I’m doing this row. I’m also hoping my story will inspire others to take on the challenges they want to do, and I want to prove that you’re never too old!”

“We’re incredibly grateful to Frank for taking on this enormous challenge in aid of Alzheimer’s Research UK, and to Iceland Foods Charitable Foundation for their very generous match-funding. 2020 has forced charities to get even more creative when it comes to fundraising, and Frank’s courageous efforts to raise £1million for dementia research during the pandemic is crucial in helping our researchers to maintain momentum in their search for a much-needed cure. We’re hoping the community will rally behind Frank and join us at this virtual event as we cheer him on and show our support from our homes. We’re wishing Frank all the best and we look forward to seeing him before he sets off!”

“Having witnessed first-hand the devastation dementia causes, I’m very grateful to Frank for taking on such an incredible challenge for this worthy cause. Frank has been a friend of Iceland Foods Charitable Foundation for many years, so it’s our pleasure to help him reach his £1million target by doubling the first £500,000 of donations. We hope it will encourage the public to donate and give Frank a well-deserved boost across the finish line.”

Register your interest for the event, held on 8 December at 7pm, here: https://alzres.uk/frank-registration 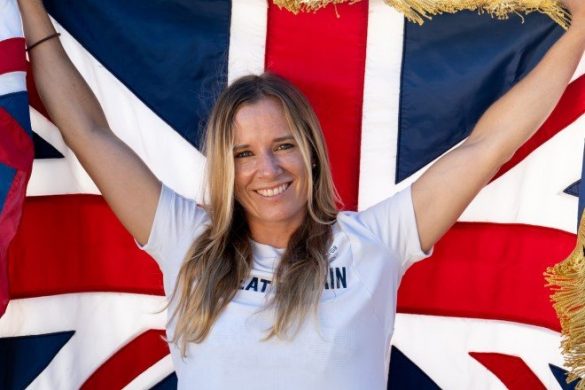