Great Britain’s archers have once again enjoyed international success on the world stage, taking one silver and two bronze medals at the World Archery Field Championships in Yankton, United States, which took place from 3 October to 9 October.

Olympic archer and gold medallist at the Antalya Hyundai World Cup 2022 Stage 1, Bryony Pitman, won silver in the Recurve Women. Pitman missed out on the gold medal by just one point placing her in an optimum position ahead of this weekend’s Tlaxcala 2022 Hyundai Archery World Cup Final.

Following on from his gold medal win at the National Tour Finals in Nottingham last month, Olympic archer Patrick Huston secured bronze in the Recurve Men individual competition in Yankton.

Speaking on his recent win, Patrick Huston said, “It was a great experience getting to shoot on the finals field three times. The NFAA set out a tremendous four targets to decide the medals and it was a pleasure to get to shoot it! I’m so happy to have taken the bronze against the world number one, I feel it was a very important victory for me. The match was very close throughout, but then Brady shot a four on the 25m target and I think that gave me a significant advantage and probably turned the result in my favour”. 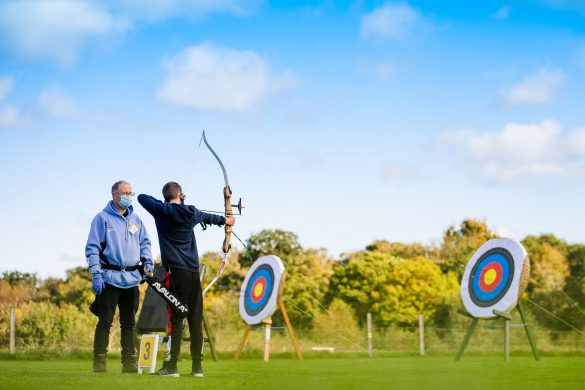 AIM FOR A CLEAR MIND AND MENTAL FOCUS