George Pinner has called time on a 14-year career and announced he is retiring away from international hockey.

The goalkeeper played 195 times for England and Great Britain between 2007-2021, with 128 of those appearances coming for the former and 67 for the latter.

George featured in a total of 24 international competitions during his illustrious career, playing at two World Cups and two Commonwealth Games with England while he was also part of three Olympic squads for Great Britain, featuring in every match at Rio 2016.

He won a number of medals too, including leading England to 2017 European and Commonwealth bronzes as co-captain of the squad, a position he held alongside Phil Roper and Ian Sloan for two years.

Highly respected throughout the hockey world, George was shortlisted for the FIH Goalkeeper of the Year award on three separate occasions and was also named Goalkeeper of the Tournament at the 2016 Champions Trophy after excelling in front of a boisterous home crowd in London. George was also awarded that individual accolade at the 2012/13 Hockey World League Final in India, where he helped England to a bronze medal finish.

As well as his skill and talent on the pitch, George was well known for his exuberant celebrations while he was also a very well-liked and respected member of each squad he played for.

“Trying to express just how much enjoyment being part of the England & Great Britain squads for the last 14 years has given me is difficult to put into words,” George said.

“It’s been an honour to represent my country on so many occasions and I feel incredibly proud and grateful to have had the opportunity to captain the side along the way.

“Results may not have always gone the way I would have hoped but it was never through a lack of trying. Ultimately though it’s not the successes on the pitch that I treasure the most, but the lifelong friends I have made in the staff and player groups along the way.

“I can’t thank them and my incredibly supportive family and friends enough for making the experience such an incredible one.”

Men’s head coach Danny Kerry said: “George has been a fabulous, larger-than-life character within the England & Great Britain men’s teams for many years. Being involved in three Olympic campaigns, and the number of caps he has accrued, is testimony not just to his goalkeeping ability but to his commitment, strength of character and energy.

“George’s qualities will be difficult to replace. For those who know him well he is not just an extrovert and energy giver, but someone who cares deeply about his team-mates. During my short time working with George, it was evident how much he strived to improve his game and his role within the squad. Whatever path George now takes I’m confident his many qualities will serve him well.”

Ed Barney, Great Britain Hockey’s Performance Director, added: “George has devoted endless years of commitment, passion and graft to England and Great Britain Hockey. He has been an instrumental part of the men’s leadership group throughout the Tokyo cycle.

“George’s boundless energy, combined with his ability to cut the nub of issues and skilfully challenge and support others, is an example to all. It goes without saying the George’s vibrance has been uplifting for all who have had the pleasure of being around him. We wish George all the best in his future ventures.”

England and Great Britain Hockey would like to thank George for his incredible service and congratulate him on a superb career. We wish him all the very best moving forward.

ROUND UP: SURBITON REMAIN ON TOP WHILE OLD GEORGIANS EXTEND LEAD IN PREMIER DIVISIONS 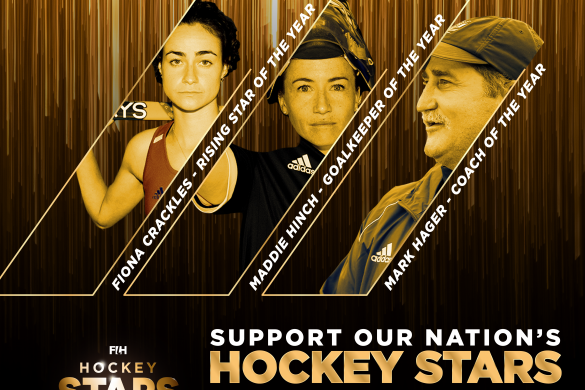