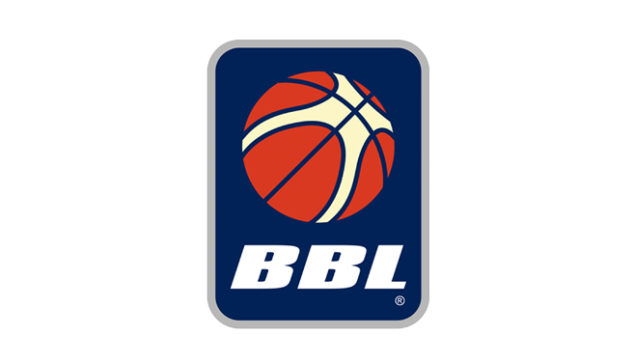 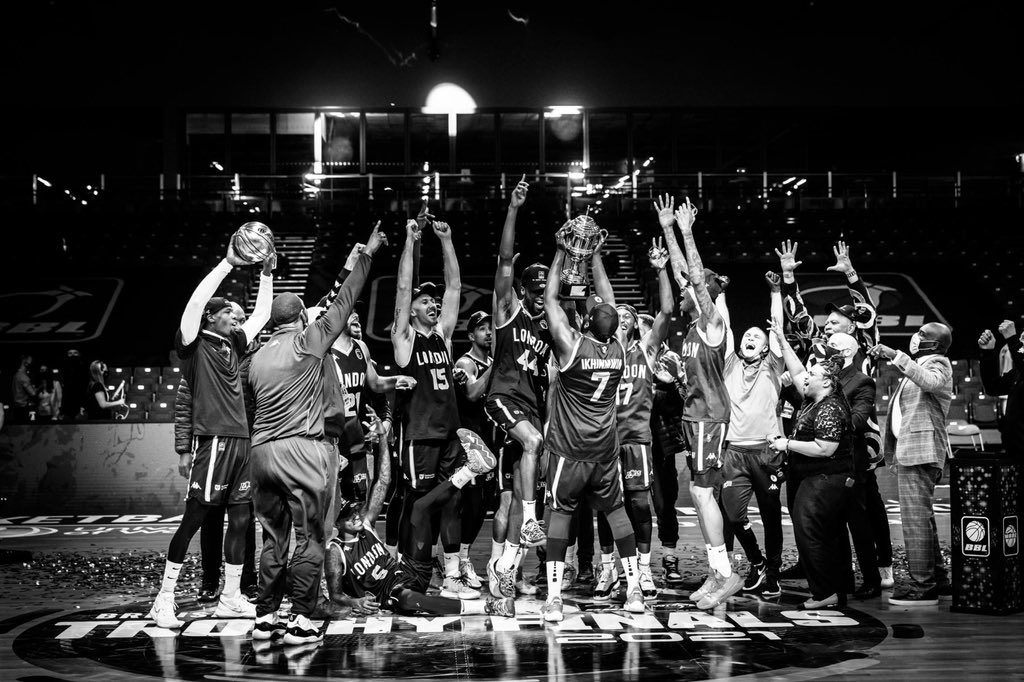 London Lions have won the BBL Trophy for the first time in their history after overcoming Plymouth Raiders 88-82 in a dramatic final live on Sky Sports at the University of Worcester Arena on Sunday evening. It came after their WBBL team achieved the same thing earlier in the day.

It’s Lions’ third piece of silverware since January 2019, and atones for a defeat in the final of this competition two years ago against their capital city rivals, while also bouncing back from BBL Cup Final defeat in January.
London meant business from the off in this one, leading from tip-to-buzzer despite it being close late on. A DeAndre Liggins step-back and a steal and dunk from Dirk Williams sparked a 12-2 burst that made the score 18-7 in the first quarter, as they allowed Plymouth just one bucket in five minutes.

Rapid starts to the second and third periods kept Raiders close, with the latter being a 15-2 burst that included nine for Rickey McGill – who finished with a game-high 31 – and that was a theme of this game as Raiders stayed within striking distance throughout, but could never get in front.
Every time London’s lead look threatened, it seemed like one of their standouts – Williams or Liggins – was there to hit a big shot. Williams snapped the third quarter run with a three-pointer, and then hit another in a 9-2 response that sent the lead back to 63-55.

Lions could never shake Plymouth off, and they were back within one shot on numerous occasions in the fourth period, including at 74-71 before Liggins made a big ‘and-one’ play. And with the game still on the line heading into the final minute, he made a free-throw and then had a second one that was bouncing around tipped in from the rim by the defence for two points, 84-77 with one minute to play.

There was still time for more late drama as Justin Robinson missed a pair of free-throws before Denzel Ubiaro tipped in to make it a one shot game with 12 seconds to go, but Orlando Parker iced a pair at the charity stripe to ultimately settle it.

It was Liggins who lifted the MVP award, with a near triple-double of 19 points, eight assists, seven rebounds, and five steals.

Speaking to Sky Sports immediately after the game, Head Coach Vince Macaulay said,
“I need to shoutout to the London Lions fans because they are not here to enjoy this with us. We are doing this for them, working really hard in this environment with no one around us and it’s for the fans, and I know they will appreciate getting this.

“We had to be animated today, and in all reality we were very focused on the job at hand. It was important for us to come out here and just concentrate on Lions and what we were doing, don’t let anything take us out of what we need to do, and I think we did that very well all the way down the stretch.

“In sports it’s all about winning, if you don’t win it doesn’t matter how well you have played. We have been there, stood on the side line while Newcastle Eagles lifted the Cup having played extremely well in that game. It’s all about counting those trophies, because we want that to be the result of all our hard work.”

BBL is today delighted to confirm the fixtures and dates for the remainder of the 2020-21 season.

Following the conclusion of the BBL Cup Quarter Finals, the BBL Championship, which returns to teams playing each other three times, will commence on 3 December, with a double header LIVE on Sky Sports, featuring B. Braun Sheffield Sharks v Cheshire Phoenix, followed by Newcastle Eagles v London Lions.

The BBL Trophy First Round will take place the first week in February, with the knockout stages taking place thereafter before moving onto the Final with details to be announced.

The Championship will wrap up on the weekend of Friday 23 April, with the Play-Offs then commencing the week after and the season concludes with the Play-Off Final, details also to be announced.

Please find below links to PDF copies of the full fixtures:
Fixtures By ClubFixtures By Date

BBL Championship
Each team plays each other 3 times (a mix of either 2 home/1 away OR 1 home/ 2 away).

Keep across #BritishBasketball and BBL channels for all news and updates

Newcastle Eagles have won the BBL Trophy for the seventh time in their history – and first time since 2015 – after prevailing through overtime to beat Team Solent Kestrels 96-94 in an historic final at the Emirates Arena, live on BBC Sport.

Among numerous heroic performances for the short-handed Eagles, CJ Gettys took the MVP award after a monstrous haul of 21 points, 17 rebounds and seven assists, with the seven-footer playing over 40 minutes of basketball.