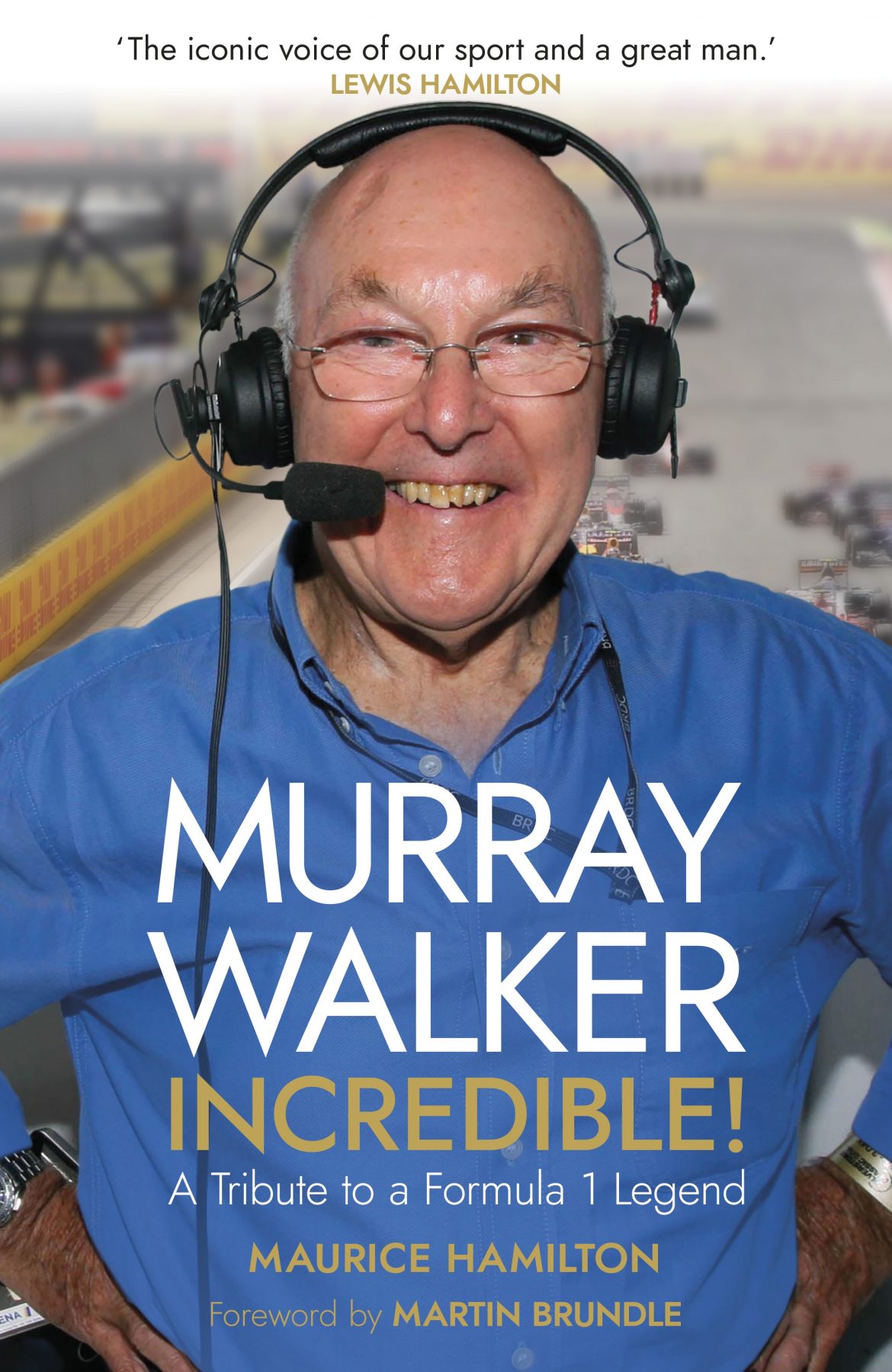 A celebration of the extraordinary life of legendary commentator Murray Walker.

Murray was the voice of Formula 1 – he managed to the match the thrill of the track with his fast-paced and exhilarating commentary, delivering the euphoria of motor racing to millions. His broadcasting career spanned over 50 years, starting at Silverstone in 1949.

His natural warmth and infectious enthusiasm won great affection with audiences and everyone involved within motor racing. When he passed away earlier this year, tributes flooded in from every corner of the World. The book combines fond memories, never-before-told-stories and famous Murrayisms (e.g. ‘There’s nothing wrong with his car except that it’s on fire’).

The book is compiled by Murray’s great friend and colleague Maurice Hamilton, with contributions from drivers and industry figures and many friends from the world of motorsport and beyond. Maurice has been covering Formula 1 as a freelance journalist since 1977. He has attended more than 450 Grands Prix, including every race since 1984. He’s also the author of 19 books.