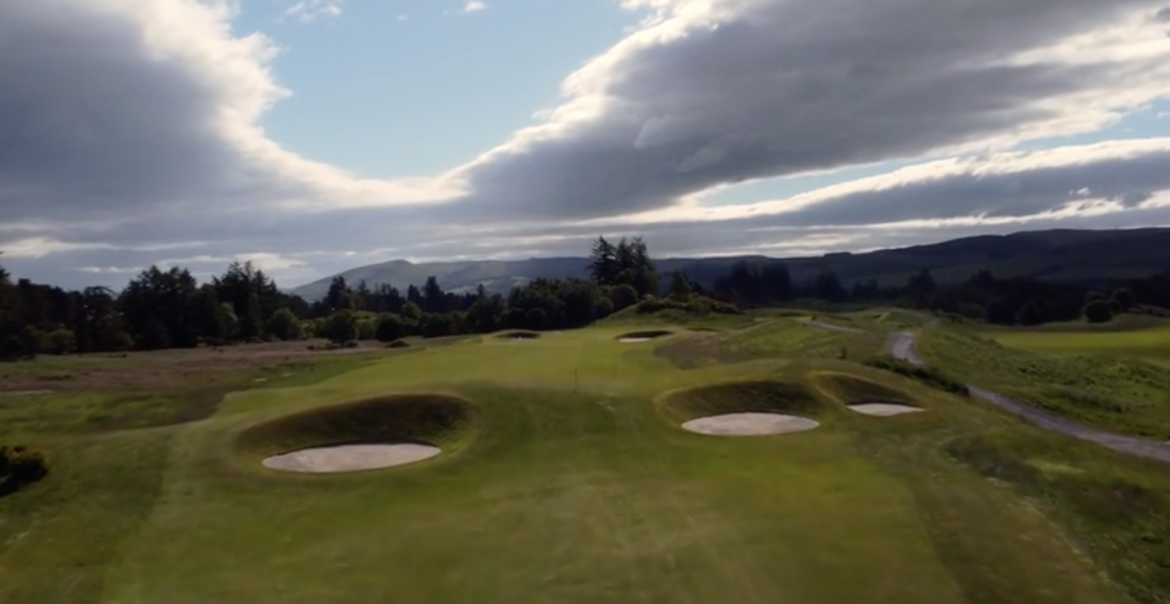 Gleneagles, the iconic Scottish hotel and global luxury destination, has completed important enhancements to its world-renowned King’s Course, in preparation for welcoming icons of the game to compete in the Senior Open Presented by Rolex, July 21-24.

The 103-year-old James Braid-designed inland links style course, a regular feature of many Top 100 rankings lists, is critically acclaimed as one of his architectural masterpieces.

In 1921 it was also the venue of the first ever match between Britain and USA Professionals, in what has been widely accepted today as a precursor to The Ryder Cup.

The course also famously hosted a match between the ‘Big Three’ of Jack Nicklaus, Arnold Palmer and Gary Player in 1966, as well as the popular Bell’s Scottish Open from 1987-1994, the largest spectator event after The Open at the time.

Next month’s Senior Open Presented by Rolex will welcome a host of golfing legends to ‘The Glorious Playground’, including two-time Open Champion and 2022 US Senior Open Champion, Padraig Harrington (playing in his first Senior Open), his fellow double Open Champion Ernie Els, as well as Darren Clarke, Tom Lehman and Scotland’s Sandy Lyle.

The King’s Course underwent extensive restoration in 2016, which included taking the fairway cut lines back to the original James Braid design, alongside a comprehensive bunker refurbishment programme, to further enhance the aesthetic design of all 18 holes.

To coincide with the staging of the Senior Open Presented by Rolex, the following key changes have been made to five holes on The King’s Course:

A new tee has been built at the back of the 6th green that significantly increases the length of the hole. Not only does the length add difficulty but, more importantly, it changes the angle from the tee so that it plays as a more severe dog-leg.  It’s now much harder to ‘cut the corner’ off the tee shot, which results in adding length to the approach shot and ultimately making this one the most challenging holes on the course. The hole will change from 444 yards to 468 yards – an increase in length of 24 yards.

The existing Championship tee has been extended back and to the left to help open up sight of the right side of the green, allowing a greater variety of teeing positions. Club selection will be key for this narrow green.

A new tee has been built and positioned approximately 30 yards back into an existing copse of trees that provides a wonderfully framed ‘shoot’ for a challenging tee shot that now requires a solid carry over the bunkers that guard the saddle. The hole will change from 442 yards to 475 yards – an increase in length of 33 yards (see attached video flyover).

A new tee has been built that adds 40 yards to the tee shot, allowing the hole to retain the risk and reward element of a reachable par-4. The added challenge is in the need for a more robust tee shot to carry the ridge of bunkers.  The hole will change from 309 yards to 341 yards – an increase in length of 32 yards.

The existing Championship tee has been lowered slightly, extended back and to the left to help open up sight of the entirety of the green, particularly to allow for a back right pin position.

Other notable changes from past championships will be a greater emphasis on tightly mown surfaces around greens complexes and fairway bunkers, to fully embrace the natural contours of the course.

Conor O’Leary, Managing Director of Gleneagles, commented: “Gleneagles’ reputation as a sporting estate has flourished for a century, with golf and The King’s Course at the very heart of that rich history. While our modern classic, The PGA Centenary Course designed by Jack Nicklaus, has hosted iconic Ryder Cup and Solheim Cup matches, we are so proud to welcome legends of the game back to The King’s, where golf started at Gleneagles all those years ago.

“The sympathetic course changes we have made recognise the way the modern game has evolved, but still retain The King’s Course’s numerous strategic challenges that have made this timeless classic so revered the world over.”

Gleneagles remains the only venue in Europe to have staged both The Ryder Cup (2014) and The Solheim Cup (2019). The 850-acre Perthshire estate is also currently ranked #2 in the Top 100 World Golf Resorts ranking, published by Golf World.

Tickets for the 2022 Senior Open Presented by Rolex can be purchased, HERE

A history of major events hosted at Gleneagles

Venue for the Scottish PGA Championship, The King’s Course, 1999-present