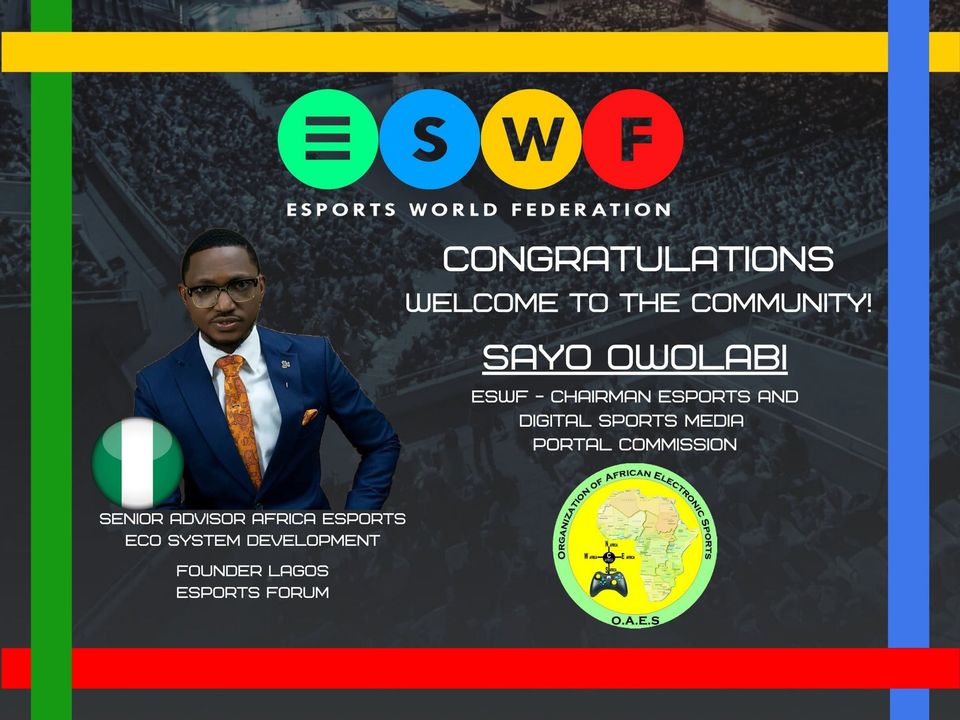 In a bid to extend its imprints into Africa, the ESports World Federation (ESWF) has announced the appointment of Nigerian Sports Media and Marketing Professional, Sayo Owolabi as its Senior Advisor for the Africa Ecosystem Development.

In his role as the Senior Advisor, Africa, Sayo who is the Founder of Africa’s leading full service ESports Organization, the Lagos ESports Forum (LESF) will coordinate the activities of members of the Organization of Africa ESports (OAES) and also serve on the Board of the ESWF advising on the Strategic direction and engagement of the African Ecosystem and chairing the Media Portal Commission of the body.

In a release on the appointment, ESWF President, Arniel Gutierrez described Sayo as an astute Leader whose works with the LESF in the last 6 months is a testament to the qualities required to stir the ship of the African Project for the ESWF and also give sound advisory direction and voice on the Board in relation to the African Ecosystem Development.

The ESports World Federation is a Philippines-based worldwide organization which was founded in 2019 and prides itself as the umbrella organization of all International Federations of electronic sports and digital sports with the objective of creating “ESports For All”.

Get more information about the ESports World Federation on www.eswf.games