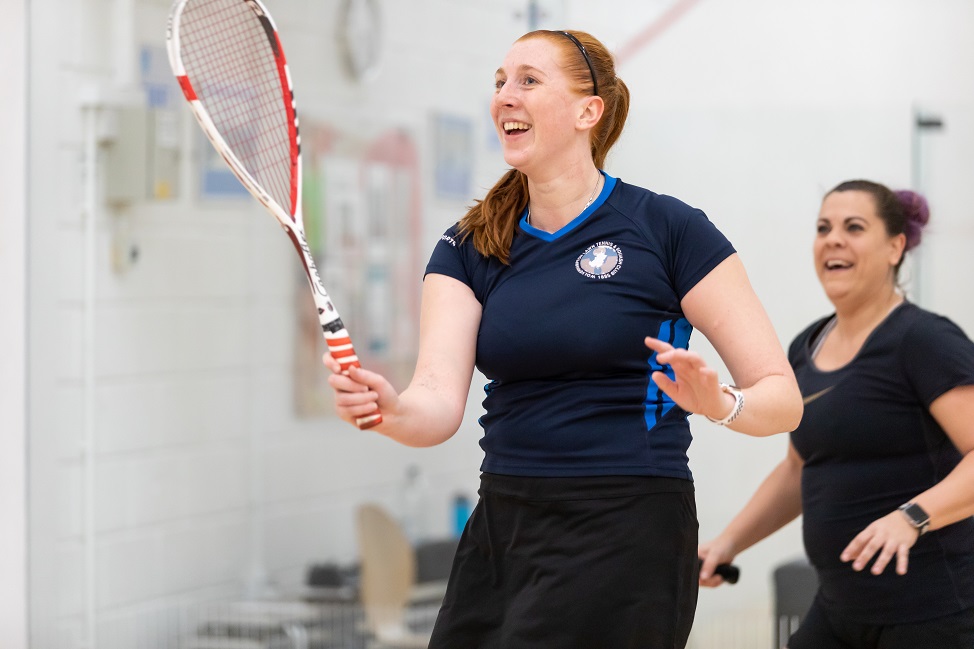 Wolverhampton Lawn Tennis and Squash Club have seen record numbers hit the courts since squash returned from lockdown in July.

The multi-sports club introduced a ‘pay and play’ scheme, opening up its six squash courts and 15 tennis courts to non-members, and recently chalked up a century of players across the club.

“In the past, a member could bring a visitor twice a month,” explained sports manager Marc Hughes.

“Now we’ve opened the club up to pay and play, members can bring someone – who might be locked down with them or in their bubble – pay £4 for 45 minutes of squash and play as many times as they want.

“It’s worked really well. In August we had 100 different people using the courts. It was our best August ever!

We’ve earned in one month what we’d usually earn in a year from visitor fees and some of the visitors have become members too.”

Marc also credited the club’s excellent communication and flexibility with aiding their successful return from lockdown.

“Getting people on the squash courts was our biggest challenge – you’re indoors and in a hot and sweaty environment,” he said. “The attitude of the club was always to go over and above in order to make people feel safe.

“When we had people down for the first time, myself, our facilitiy manager, the coaching team and committee went out of our way to have someone meet them and explain everything.

“We did some YouTube videos and Facebook Lives to show members what we had in place – the one way system, a new entrance direct to the squash courts, removing any shared equipment and furniture – and put in an enhanced cleaning programme with the facilities team.”