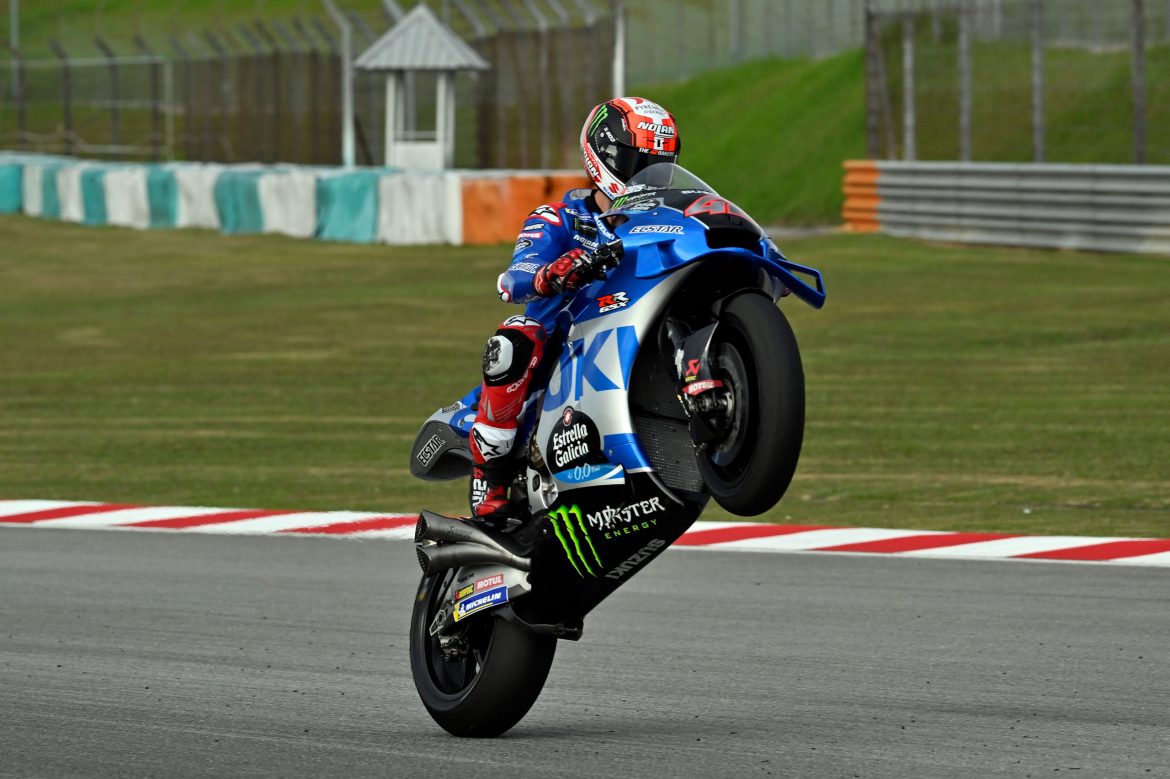 Alex Rins: “The end of the season that we have done has been spectacular”

After a superlative end to the 2022 season with two epic victories in Suzuki’s farewell to the MotoGP grid, Alex Rins now faces a new challenge with another manufacturer ahead of an upcoming campaign in which he will ride for the LCR Castrol independent team. We spoke to the rider just after the end of the first official IRTA preseason test at the Ricardo Tormo Circuit, a few hours in which the Spanish rider was able to get on his new bike, although he could not comment specifically on it due to an existing contract that expires at the end of year.

Q. During the 2022 season it came as a surprise that Team Suzuki would not continue with the MotoGP project. How did you experience that moment? Has this situation conditioned the way you have faced the rest of the season?

A. “Of course it was hard when we got the news. After this news we had several races with bad results, with a mixture of bad luck that involved several times in crashes with other riders, who hit me. In one I broke my hand and then it was like a mountain of bad things. But in the end, without giving up, we managed to come back and make the end of the season that we did.”

Q. After your thrilling victory in Australia, the excitement was palpable in the air. Then came the win in Valencia, the last race of the season and also for the Suzuki team. Was it a dream ending?

A. “The answer is yes. The end of the season that we have done, getting two wins in the last three races, has been spectacular after looking for those good positions all year long. I deserved it and the team deserved it, so I think we’ve had a great end to the season.

A. “Well, I would say that I would like to be remembered by Suzuki as a good rider, a rider who developed and made a winning machine. About next season, I want to continue to grow as a rider and as a person. We have a very nice project ahead and I would like to make it grow and develop a winning bike again, so these are the goals for next season.”

Q. This end of the season you have made the philosophy of “never give up” your own better than anyone else. What would you say to those who, due to difficulties in life or work, may be on the verge of giving up?

A. “Don’t give up! I would tell them to keep fighting for their dreams and keep trying because, no matter how bad the times are, there will be better times to come.”

Q. What kind of Alex Rins will we find on track for the 2023 season?

A. “Of course, a better version of Alex than there has been up to last year.”

Q. Next year will bring a new project for you. What are the goals you set for yourself and what do you think a different manufacturer will expect from you as a rider in this first season?

A. “Well, goals and dreams go a bit together. Honestly, right now it’s difficult to set a goal or an objective, so we’ll see what the future is bringing to us.”