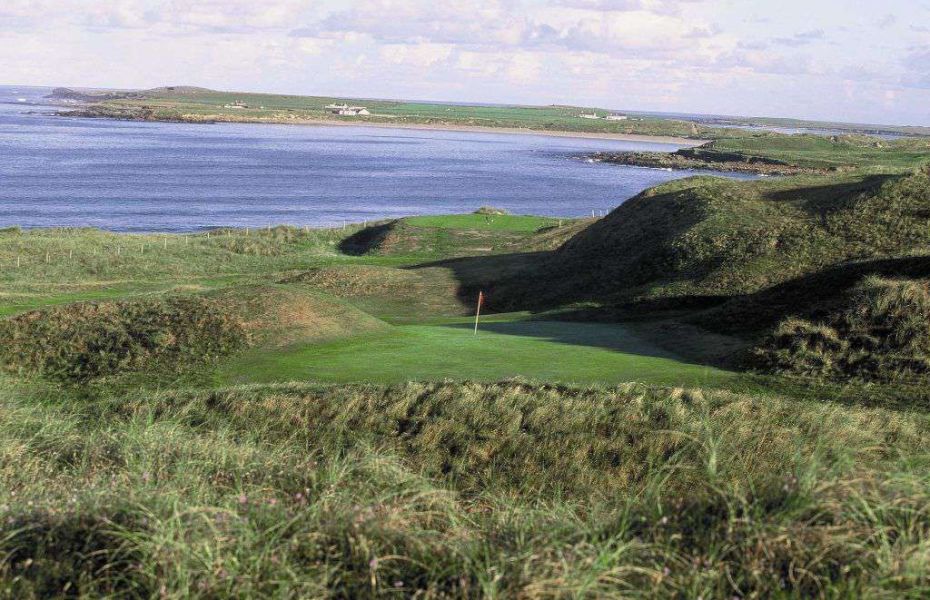 One of Ireland’s youngest venues, the challenging and visually stunning Carne Golf Links, will officially open its Wild Atlantic Dunes course next year by hosting the country’s oldest tournament – the Irish PGA Championship.

The original 18-hole course that overlooks the Atlantic Ocean on Ireland’s west coast in County Mayo was the last to be designed by the celebrated architect Eddie Hackett and was completed in 1995.

An additional nine holes known as the Kilmore, which was opened in 2013, plus the back nine of the Hackett course form the Wild Atlantic Dunes – the stage for a tournament that was first contested in 1907.

The names of major champions Padraig Harrington and Darren Clarke are inscribed on the trophy as are those of Christy O’Connor Snr, Paul McGinley and many more of Ireland’s most celebrated players.

The most recent, Simon Thornton, and his contemporaries will battle for slice of the €40,000 prize fund put up by Erris Tourism Holdings Ltd, the course owners.

The 54-hole tournament will be staged from August 5 – 7 and will be preceded in June by an annual pro-am that carries a €20,000 prize fund.

“The pro-am has been contested since 1999,” said Michael McCumiskey, the PGA in Ireland regional manager.

“It’s a hugely popular event that attracts more than 50 teams. We’ve been involved ever since it was first played and have established a great rapport with the venue over the years.

“Staging the Irish PGA Championship at a stunning course that is already rated among the top 10 in Ireland is a natural progression.

“Gerry Maguire, the chairman of Erris Tourism Holdings Ltd, and I have been discussing the idea for a couple of years and I’m delighted it will come to fruition next August.”

Despite its relative youth Carne Golf Links has become a must-play for visitors from at home and abroad, not least the USA.

However, the restrictions on travel caused by COVID-19 has taken a heavy toll on trade so hosting the Irish PGA Championship will be a huge boost, both financially and to the facility’s burgeoning reputation.

Maguire explained: “We’re in a sparsely-populated area and 95 per cent of our revenue comes from visitors; 65 per cent of that is generated by ones from overseas.

“COVID has wiped out our business for the year, so getting the Irish PGA Championship is a huge boost and coup for the area.”

Commenting on the historic tournament marking the official opening of the Wild Atlantic Dunes, Maguire added: “It was semi-opened in 2013 but we didn’t have the resources or staff to develop it.

“Then we had a new greenkeeper come in a couple of years back and he was passionate about the place. We started to give him more money to pump into the course because we could see the potential of it.

“We played this year’s pro-am on both courses and the players were blown away by the Wild Atlantic Dunes. The scenery out there is stunning. It’s second to none. It’s a very special piece of land. I’m sure the players in the Irish PGA Championship will agree.”