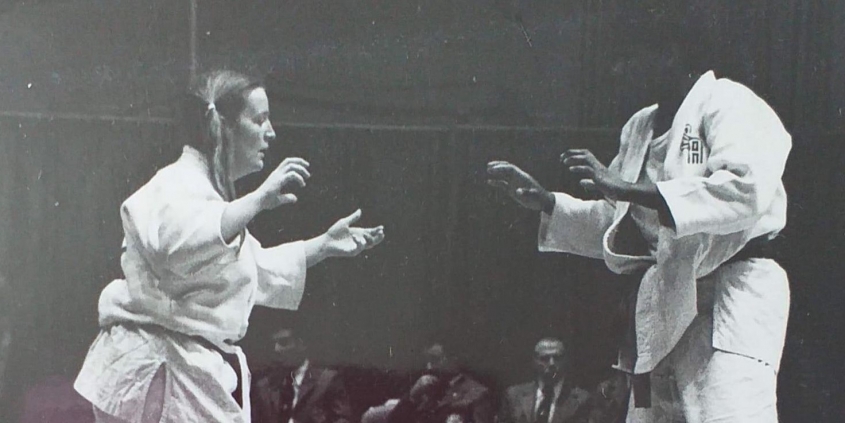 At the tail end of 1980, in New York City, Madison Square Garden Indoor Arena, on November 29-30 a momentous event in the world of Judo took place: the first Women’s World Judo Championships.

There were seven fighters in the women’s Great Britain squad who competed in that inaugural event, and in the week leading up to the 40th Anniversary, British Judo will be posting an article written by Loretta Cusack-Doyle catching up with each member of the team, on the theme of “Where are they now?” interwoven with memories of the event from the ladies themselves from Loretta’s recent fun-filled chats with them.

Heather Ford +72kg – How did she do in competition?

Fighting as she did in the heaviest category +72kg, Heather Ford never had it easy in her international competitive career. To characterise Heather in relation to her international competitors, she was a big and strong judoka in comparison with her home GB and many European competitors – but she was not the biggest in global terms. She was lean, muscular, and fit. Going into competition, she always ran the risk of being matched against judokas who were taller and could be as much as 20 or 30kgs heavier than her. For this weight category, Heather had well above-average levels of skill and techniques. Unlike some other “heavyweights”, she could not rely on just picking up the opposition, and dumping them on their back. You could see her determination when on the mat; she used her eyes and brains and waited or created the right moment to pounce. She was fast and could transition quickly between techniques within her wide armoury of throws. Aged 27, she was the oldest in the team and had the longest track record of competitive success.